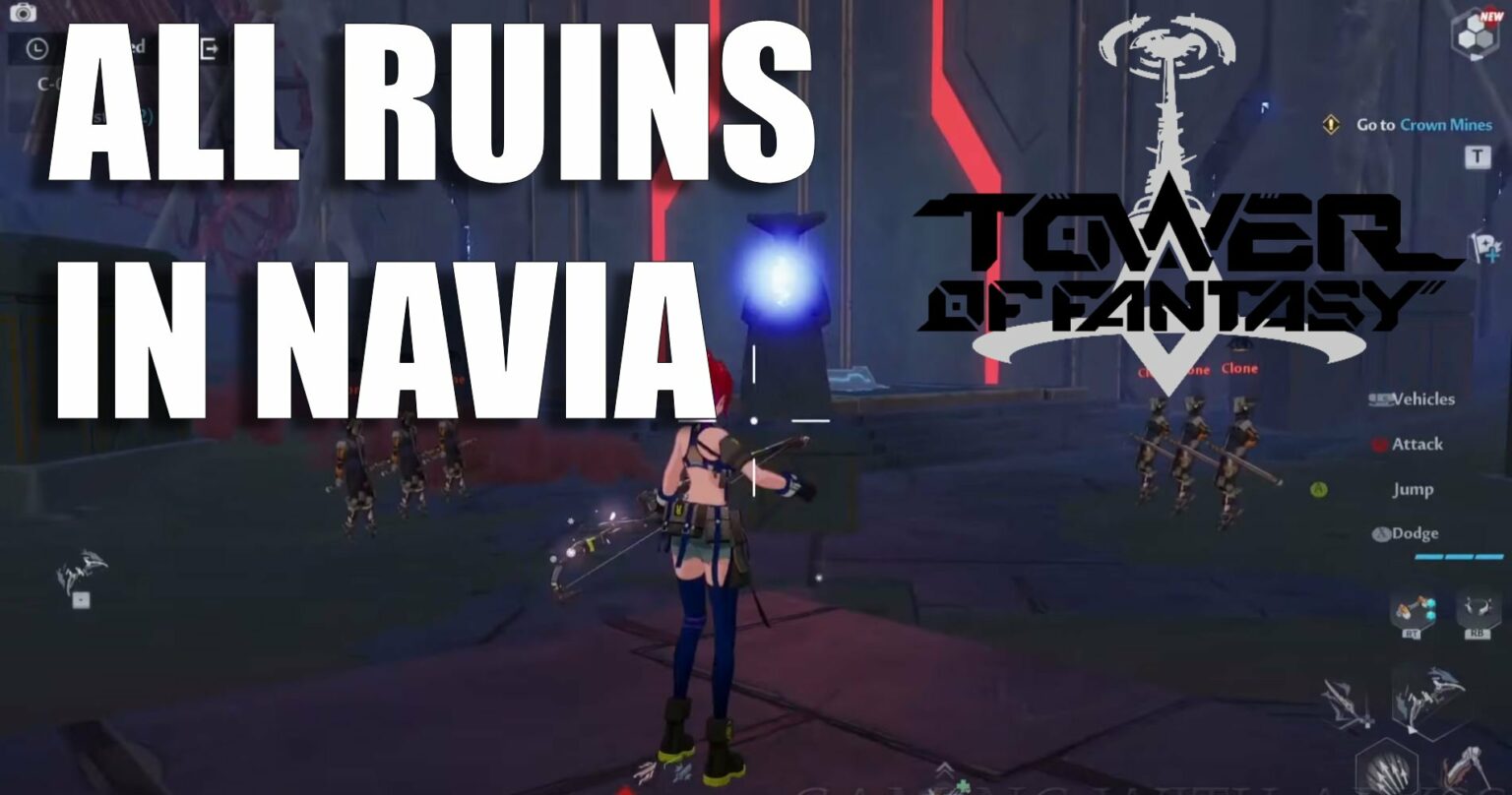 Tower of Fantasy: All Ruins in the Region Navia

In the MMORPG Tower of Fantasy, you’ll repeatedly come across ruins during your journey through Aida. Each region has several of these dungeons, which are not always easy to solve, but contain promising rewards.

Here’s what it’s all about: In our Tower of Fantasy guide, we’ll not only show you where to find all the ruins in the Navia region, but also how to play through them and collect every single crate and reward.

“Our tip: You can also easily find all the viewpoints with our Tower of Fantasy guides!”

The ruins are easy to spot. They look like giant triangular spaceships. If you want to enter one of these dungeons, you have a choice of levels

Depending on which difficulty level you choose, there will be more and more difficult enemies waiting for you in the ruins. The level requirement is also different for each level. For example, for the first ruin in Navia C-01 you need level 29 for Easy, level 48 for Normal and level 62 for Hard.

However, you will get more rewards for a higher difficulty. Our guides refer to the ruins with the Easy difficulty level. The challenges inside always consist of fights with enemies, solving puzzles and a boss fight at the end. You can easily find the ruins on the map. They are represented there as symbols that look like small cathedrals.

All Tower of Fantasy ruins in Astra

In each ruin in Astra you can find two chests, all containing the same rewards:

So you can get a total of 6 x Weapon Battery II and 6 x Matrix Data Pack II in the Astra ruins.

After entering the ruins C-01 you have to open the first gate. Just shoot the blue crystal on the right side of the gate with a ranged attack. In the room behind you have to shoot another blue crystal to activate a vortex that will carry you upwards. The first chest is already waiting for you at the top. 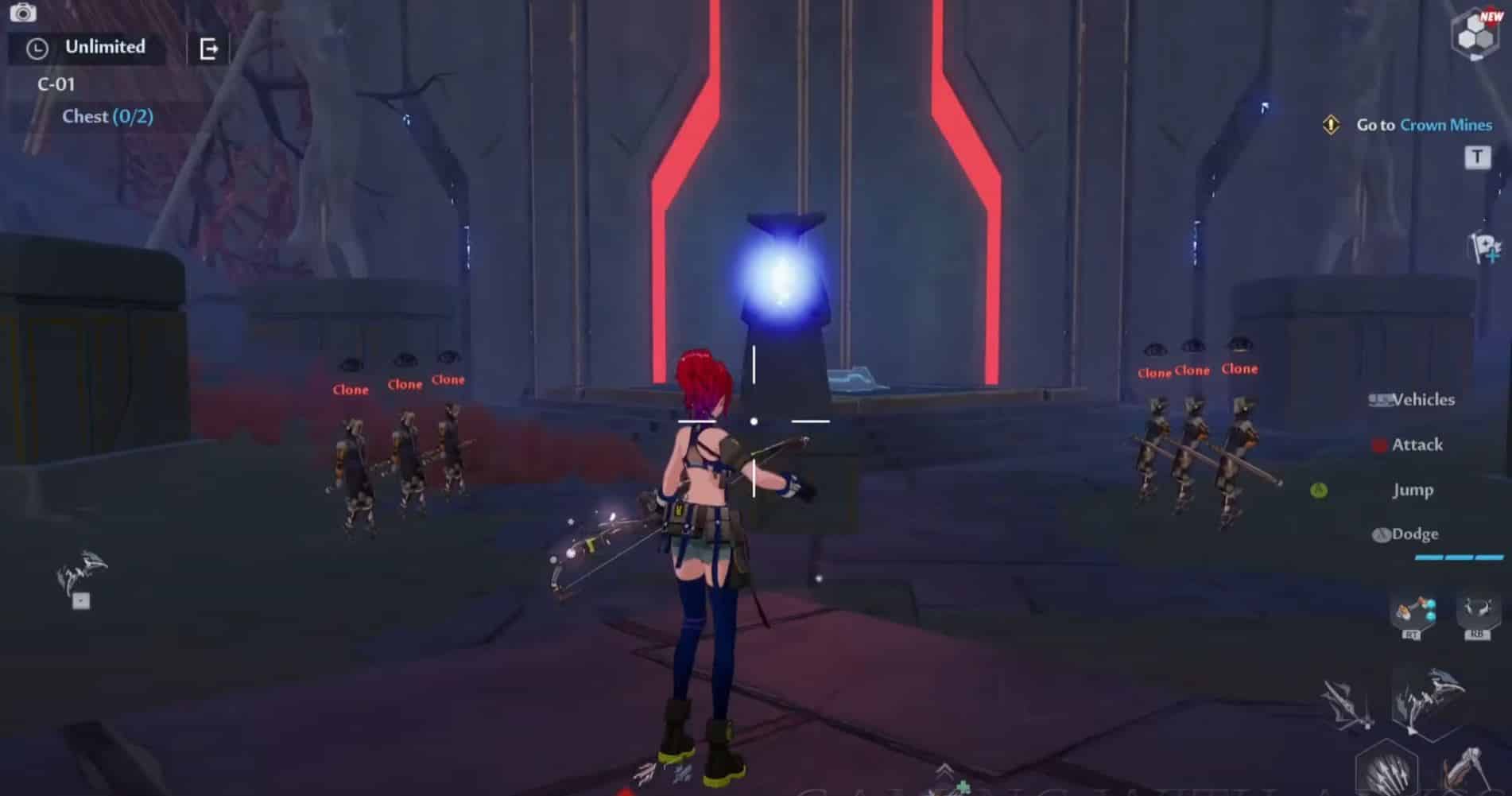 Next, it’s once again: shoot at blue crystals. Activate all three crystals to reveal a hidden staircase in the floor. Follow the path into a large hall flooded with water. Defeat the enemies and shoot the blue crystals again to make your way across the water easier. 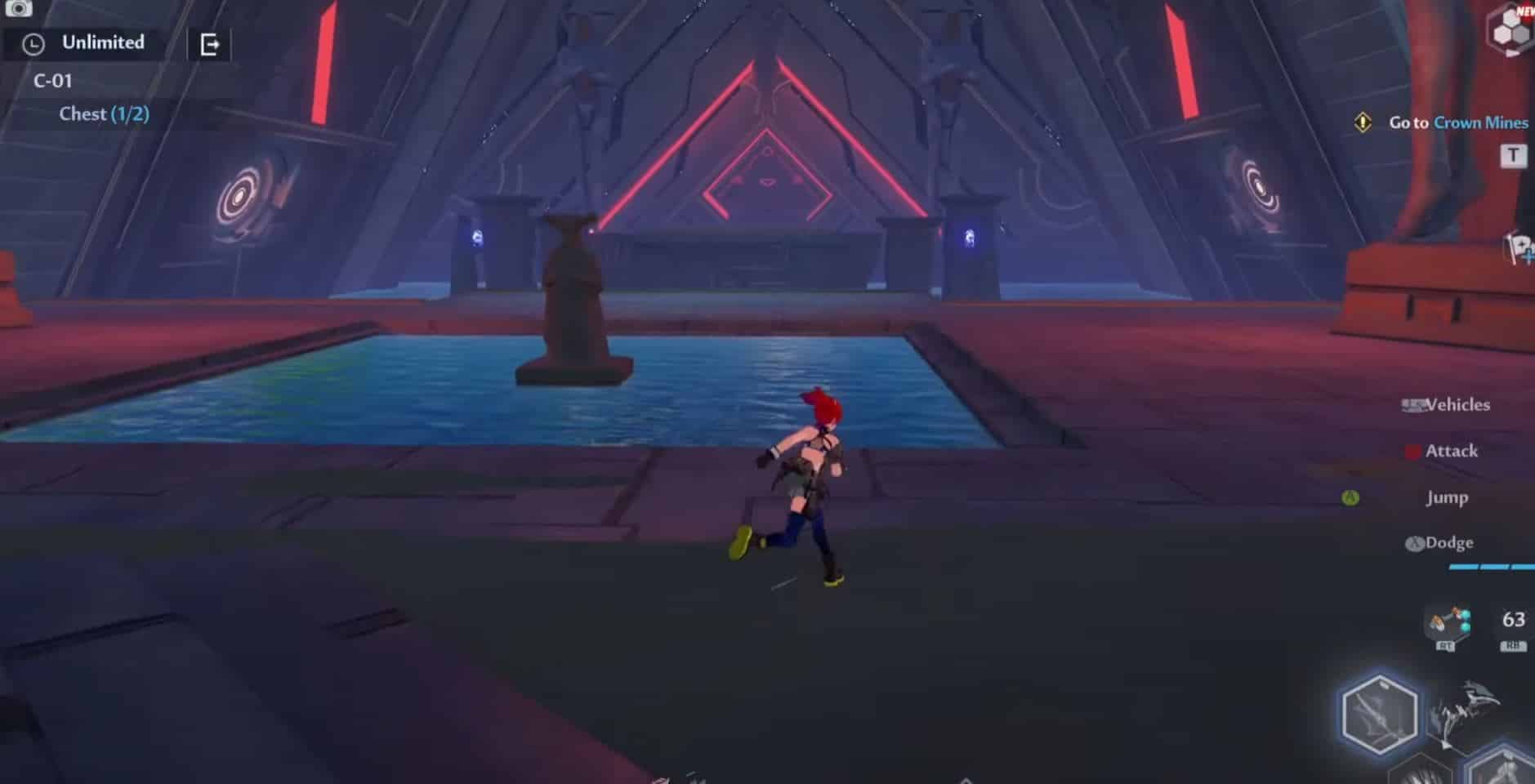 From the middle platform you now have to reset the red crystals to blue. Now you can cross the water on the left side, where the second chest is waiting for you.

Run back to the big platform and straight ahead to the right side. Activate the crystal there to open the gate to the boss.

Fly over the water and run to the four statues on the left. Interact with the statues to turn them 90 degrees. Align the back three statues, which are all close together, so that they all face inward, facing each other. This will activate the whirlpool behind the statues, which you can use to move further up. Run over the mushrooms until you are at the level of the next whirlpool in the water and use it to cross the water. On the other side, also use the air vortex to fly to the first chest. 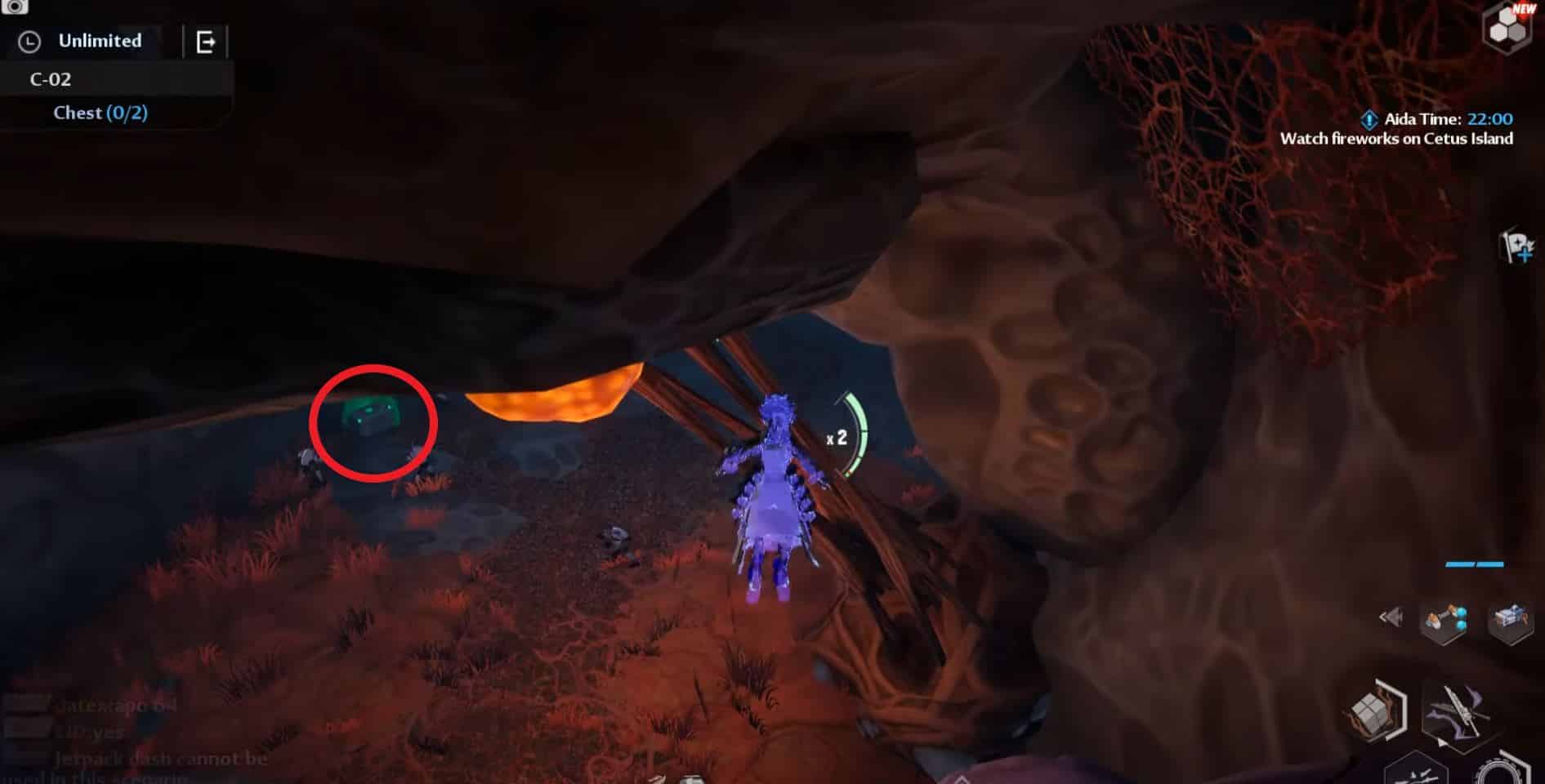 Return to the statues at the beginning of the ruin and fly in the opposite direction over the water and use the air vortex to get to the other side. Once there, you can use the whirlpool there to fly further up onto a mushroom. From there you have to fly over the water again using the three floating whirlpools and directly to chest number two. 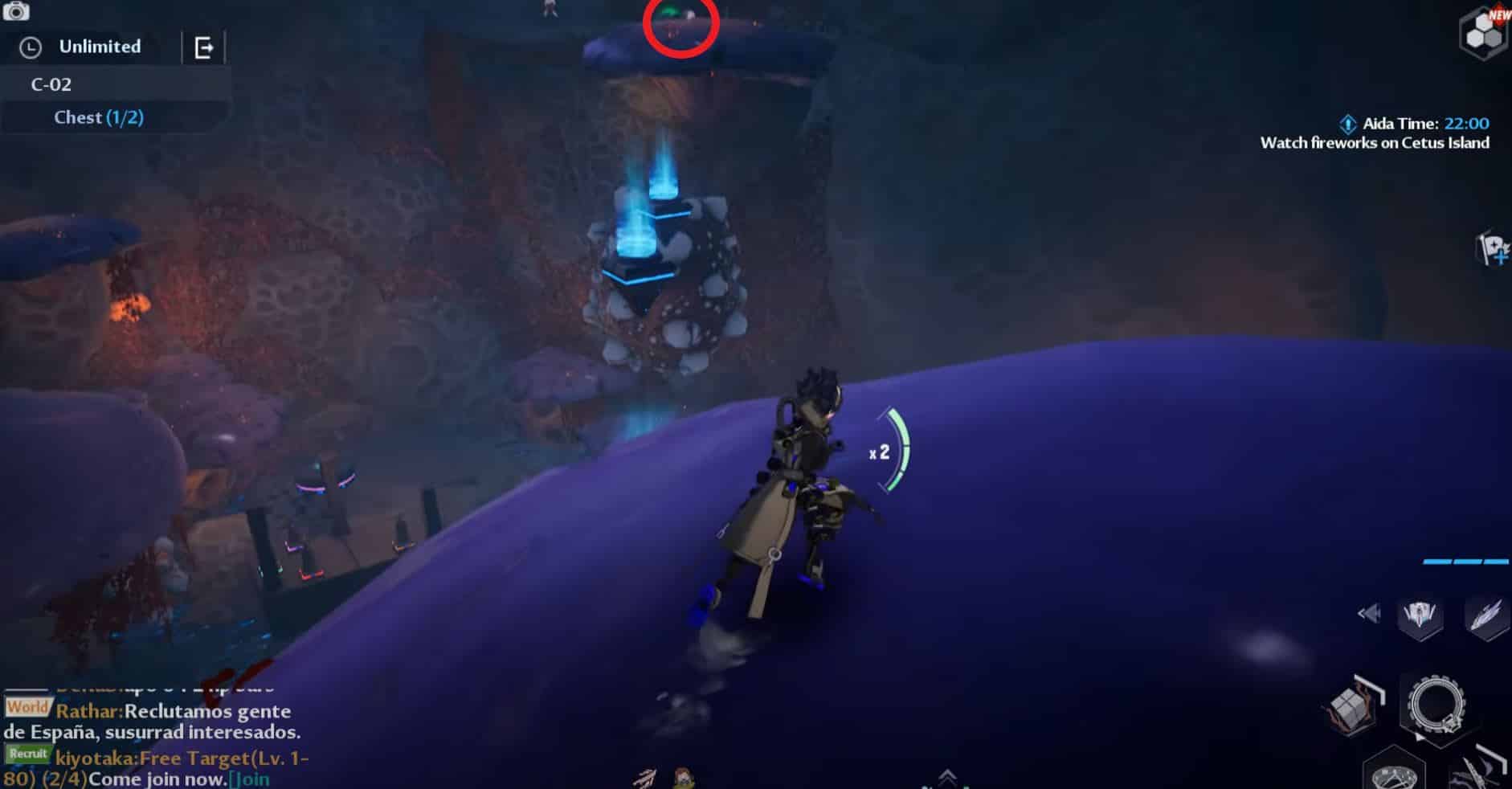 If you continue flying or running in the left direction from the second chest, you will come to the boss of the second Navia ruin.

Right in the first room, a big Sobek enemy is waiting for you. Once you defeat him, a gate behind the waterfall will open. 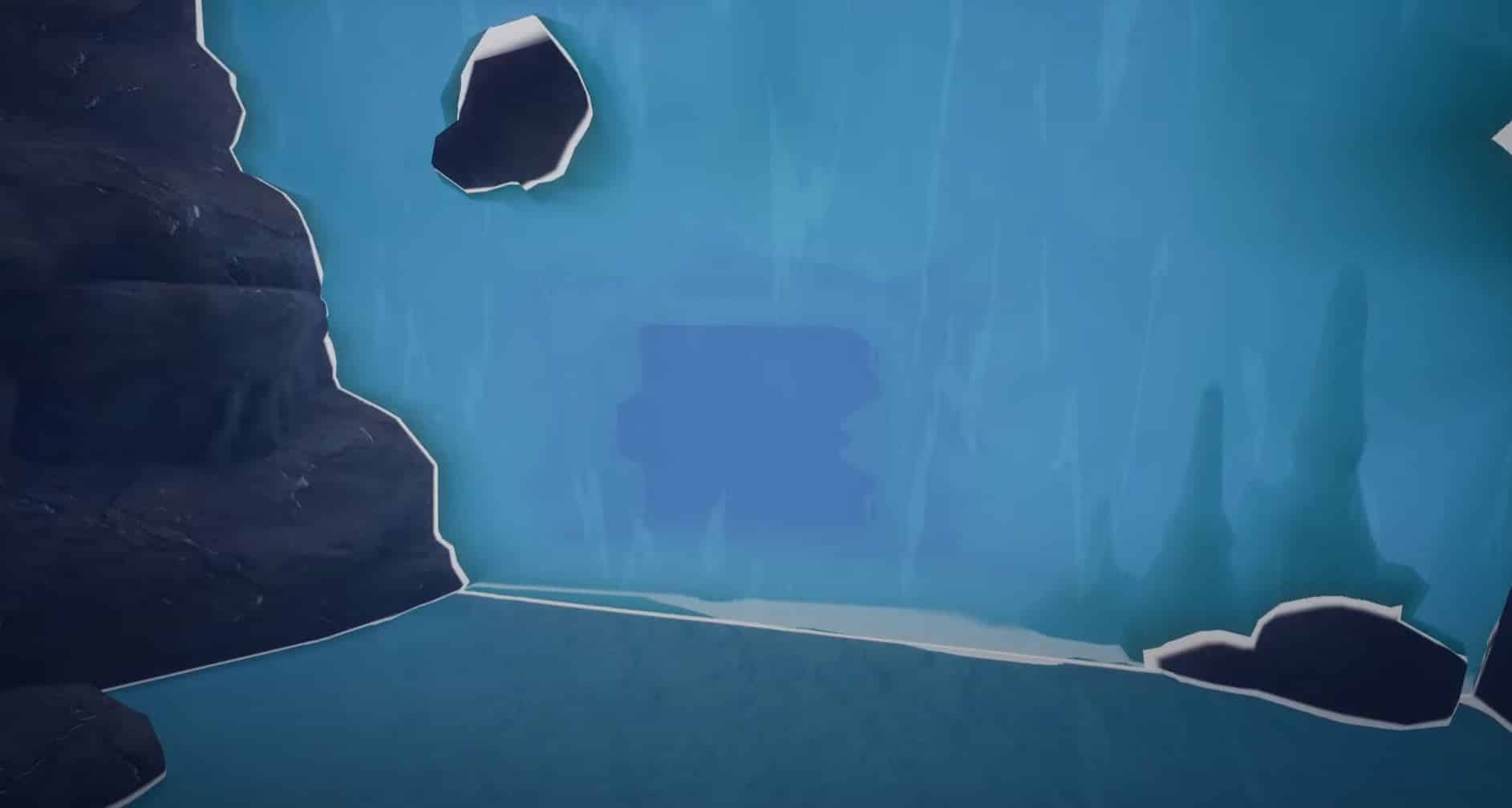 But don’t run into it right away, because in the Sobek Arena there is already the first chest. Directly above you is a stone bridge that connects the two sides of the room. With the help of the omnicanon you can create a column that you can climb up. On the right side you will find the chest. 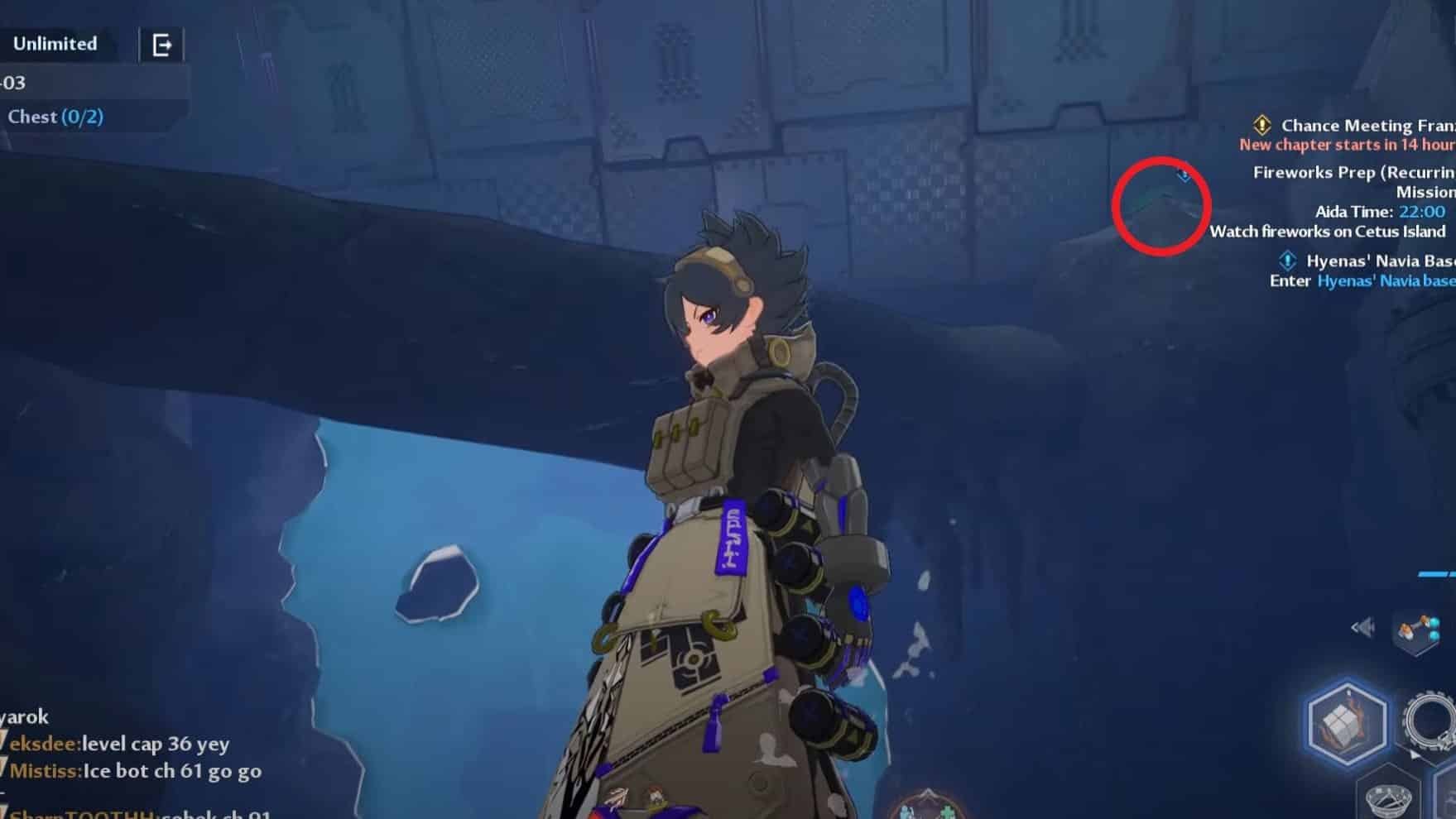 Now run through the gate behind the waterfall. Just behind it on the left side, the second chest is waiting in a small rock niche. Now the ruin is done. Exceptionally, there is no boss here.