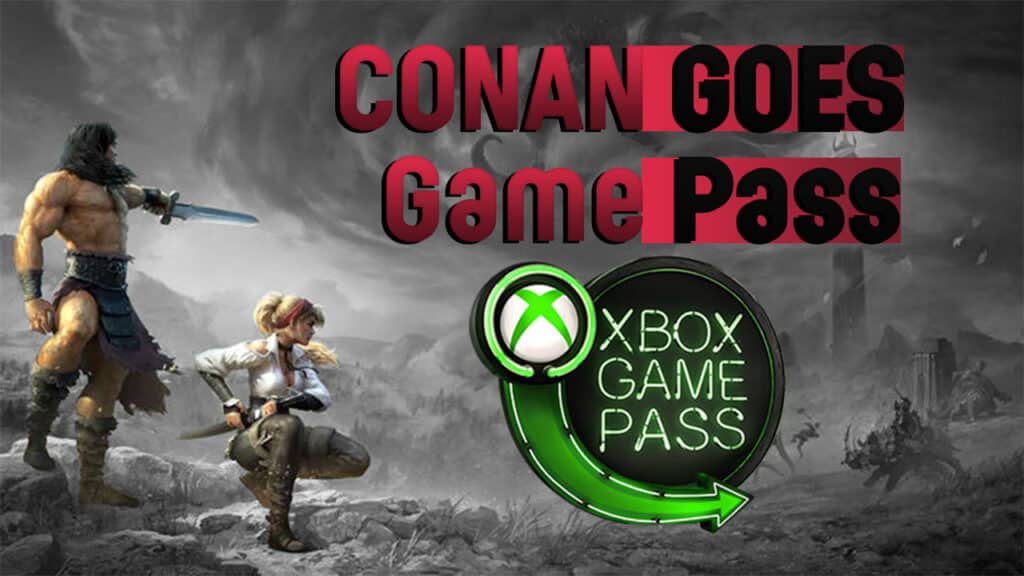 The survival MMO Conan Exiles will soon appear in its basic version in Xbox Game Pass. The “Isle of Siptah” expansion also celebrates its full release on all platforms on May 27th.

That’s going on: In a press release, Funcom officially announced that the Isle of Siptah expansion will be released on all platforms on May 27th. In addition, owners of the Xbox Game Pass can look forward to the basic version of Conan Exiles.

Isle of Siptah Release in late May

Conan Exiles: Isle of Siptah will be released after approx. 8 months in the PC early access phase on May 27th on all platforms. This means, that owners of the PS4/5 and Xbox One/Series X|S can now also enjoy the barbarian survival MMO.

This is new: Isle of Siptah expands the base game with a completely new map that brings you to the eponymous island of Siptah. As a shipwrecked person you face merciless creatures, build your own base, and fight dangerous dungeons alone or with friends.

Isle of Siptah is primarily bringing new PVE content to gamers who have already explored everything in the Exiled Lands, which Funcom recently added following ample player feedback. We sat down with the developers in April and tried out the new content.

If you like survival MMOs or are generally not averse to Conan Exiles or similar gameplay, you should definitely check out Isle of Siptah.

Funcom has also announced that the base game from Conan Exiles will be available in the Xbox Game Pass. Xbox Game Pass owners can then download and play the survival MMO for free.

The Xbox Game Pass costs a lousy € 1 for the first month and then rises to a monthly price of € 9.99 for PC or console. You pay € 12.99 if you want the Ultimate Game Pass, with which you can play all games on the Xbox and PC with just one account.

With Conan Exiles, the second major survival MMO joins the ranks of the Game Pass. ARK: Survival Evolved can also be played with an active membership, and even with all add-ons.

When is Conan Exiles getting into Game Pass? It is not yet known exactly when Conan Exiles will be included in the Game Pass. Microsoft and Funcom will announce this piece of information later.

Are you going to check out Conan Exiles with the Isle of Siptah release on May 27th or get it in Xbox Game Pass? Let us know what you think in the comments below.