No matter how much content a game offers and how long it takes to play through – if the game is good, it is always too short. For many fans, that is exactly the case with Cyberpunk 2077. A New Game Plus would remedy the situation.

Currently, fans of the sci-fi RPG only have the option to start completely from scratch after completing the game. So they have to start from scratch again as if it was the first playthrough. For many, a New Game Plus, as known from Elden Ring, for example, would be much more interesting. But what is a New Game Plus anyway and when can we expect it in Cyberpunk 2077?

“Tip from our author: Don’t forget to take a look at our guide about all endings in Cyperpunk 2077!”

What is a New Game Plus?

A New Game Plus is just another run, a new playthrough of the storyline. However, it differs significantly from a normal “start from scratch”, where all previously earned content is reset. A New Game Plus is characterized by the following features: 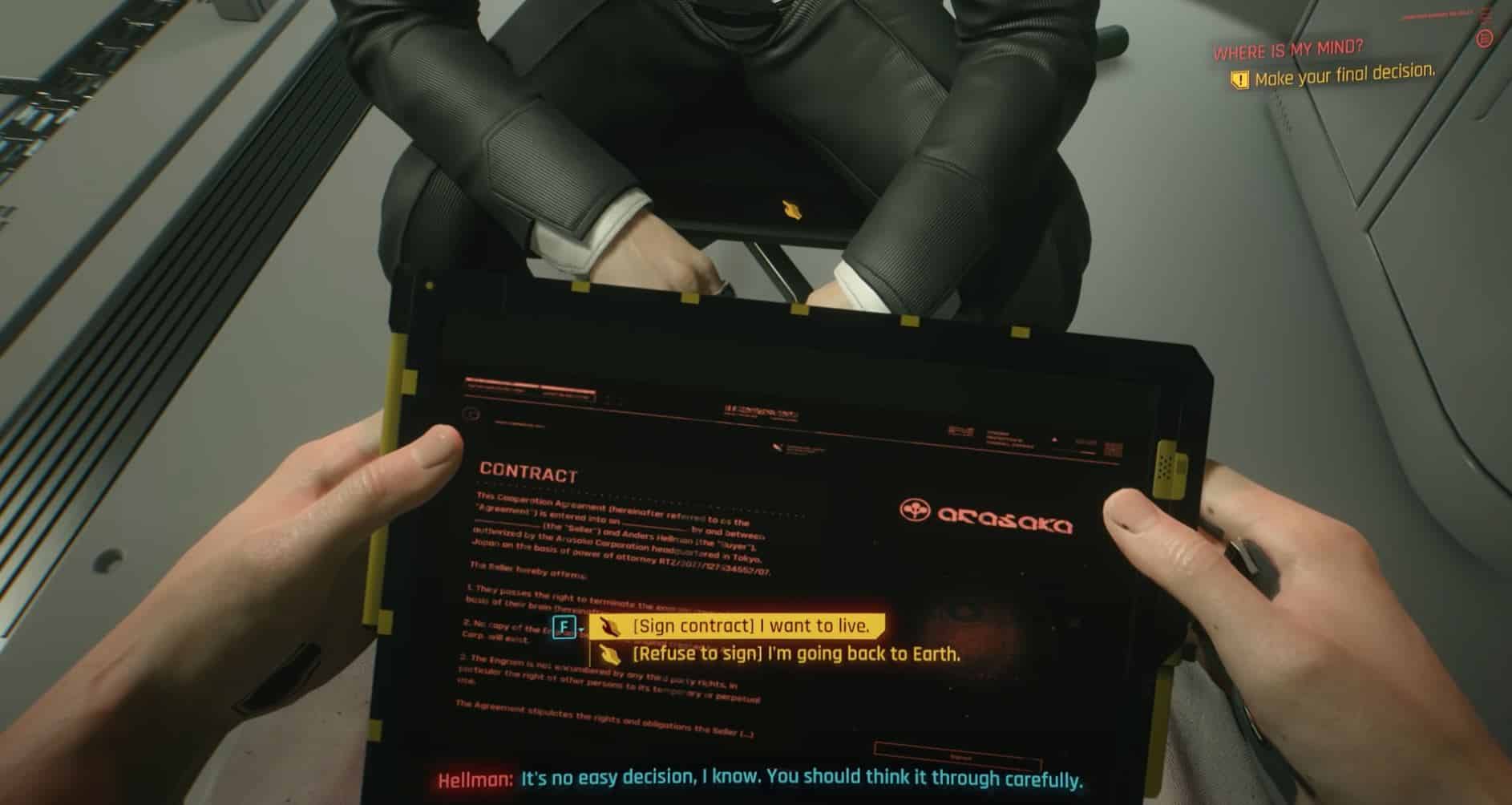 The attraction behind it is clear. You can continue with the cool items and content right at the start of the new playthrough, allowing you to use a new build for the second run, for example. Or you can go straight to the quests or content you skipped in the first playthrough without having to unlock everything first.

When is a New Game Plus for Cyberpunk 2077 coming

Currently, it is not yet clear when a New Game Plus for Cyberpunk 2077 will be released. It’s not even confirmed that there will be one at all. Acting Lead Level Designer Miles Tost announced some information via Twitter that stands in the way of a launch for Cyberpunk 2077. This is mainly about gameplay content.

I understand if you can't respond, but assuming that you can: do you know what the thinking is on further stalling the ng+ option?

To my mind it's the single most sought after feature, maybe second to transmog, but I've been told that was close to functional like a year ago.

For example, how should the game handle the fact that players already have gorilla arm upgrades, even though they are just getting their first-hand upgrade in the story? The same goes for the question of whether a player should keep all his vehicles, even though the early game is very much about losing your car.

Whether a New Game Plus is coming for Cyberpunk 2077 is something Tost leaves open: “None of which are impossible, but you see how it is a lot more work than one may think on first glance.”