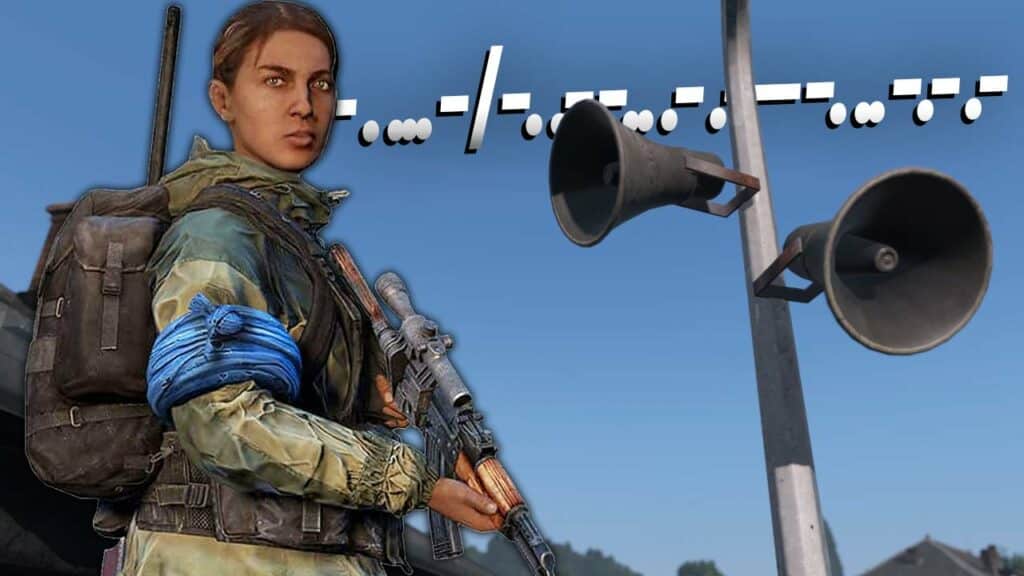 The developers of DayZ have shared a mysterious Morse code via Twitter, which could herald the new update 1.19. We’ll now tell you what the Morse code means and what the message promises.

What happened? Today, on September 08, 2022, DayZ developer Bohemia Interactive shared a mysterious tweet. They showed nothing more than some dots and dashes, that is, a Morse code that doesn’t make much more sense translated, but sends a clear signal.

Morse code for DayZ update? What does the tweet mean?

What does the code show? The team posted the Morse code along with a picture of a speaker system. If we translate the dots and dashes into a German sentence, the following message emerges here:

Many fans believe that this is a new location in Chernarus or Livonia. But if we translate the word from Polish, we get “Transmitter” or “Sender”. Why Polish? The Livonia region belongs to Poland in Arma and DayZ lore, which is reflected in the Polish street signs.

What does it mean? What exactly is hidden behind the transmitter test is unclear. However, assumptions suggest that this is the first official sign of life of DayZ Update 1.19. It could also be a message from the Yellow King. He marked all underground bunkers in Livonia with his logo and name. So is the Yellow King sending a message to lure people into his bunkers?

Various rumors speak of Update 1.19 actually introducing underground bunkers and mining facilities. So far, we know from official sources that the Livonia map will at least be heavily customized. It would also not be the first time that the Yellow King addresses the DayZ fan base via Morse code. When patch 1.14 was about to be released in 2021, the Yellow King spoke up and warned about the toxic zones.

There is no date, but the DayZ developer maintains a striking pattern. Every two months a new update has appeared so far, only update 1.19 is the exception. In the entire year 2022, according to the developers, 5 major updates will be released. So far, we have received three of them: