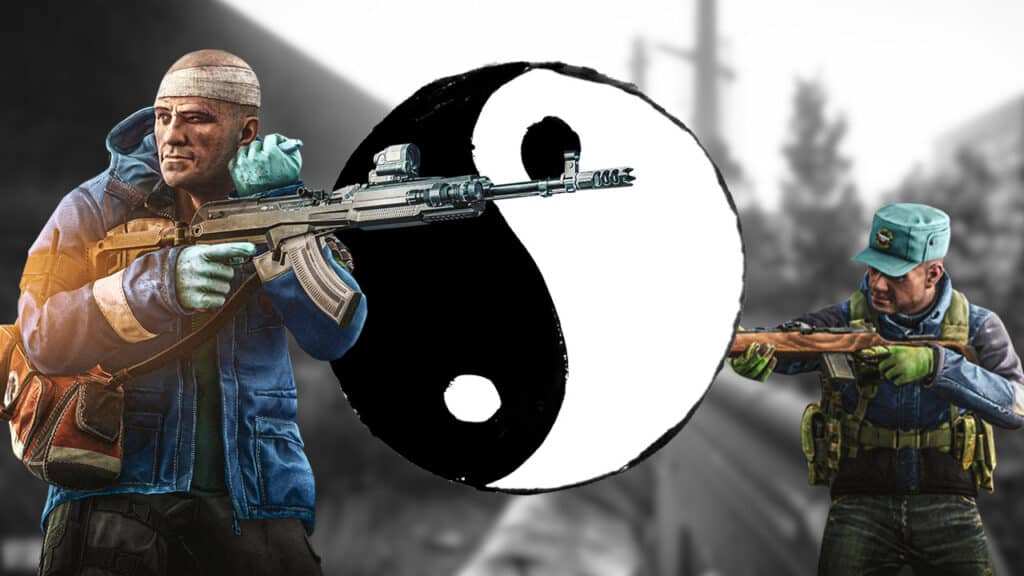 The developers of Escape From Tarkov improve one of the most unfair and annoying features, the Scav Karma. Criticism from the community is taken into account.

Hotfix improves feature: The Scav-Karma-System, which was introduced with the latest Tarkov Update 12.11, is causing severe discussion. As a player, you could only lose, regardless of whether you were a PMC or a Scav. Trolls and all those who just didn’t care about the system have shamelessly taken advantage of it.

That made Scav Karma so annoying – finally fixed

What is Scav Karma? Behind the feature slumbers the idea of ​​a united third faction, the Scavs. It is slumbering because this idea probably backfired. But to explain:

Scav Karma is intended to encourage players not to kill or injure any other Scavs as a player Scav. The devs want the exact opposite, because they should all work together. Not only among player Scavs, but also together with the AI.

Anyone who helps the AI ​​Scavs and bosses to take care of PMCs will get a positive reputation with the Trader Fence at the end of a raid. Anyone who attacks other AI and player Scavs get a negative.

The higher the reputation with Fence, the more AI Scavs will listen to your command, prices for extracts and items will go down and Scav bosses will see you as a close ally. But why is the system failing right now? That was the problem: whatever the reason was: If you shot a Scav as a player Scav, you lost reputation. This system is of course not fair. It often happened to us in the first Scav runs that we were shot by other player Scavs. Fighting back only meant we lost our reputation at Fence.

So we had to constantly weigh up whether we should die and lose the loot that we had collected, or survive and lose our reputation. Not a well-thought-out system, which is also recognized by Escape From Tarkov developer Battlestate Games.

Scav Karma now improved – you have to pay attention to that

They measure: A few hours ago, the first Escape From Tarkov 12.11 hotfix was published. That is supposed to improve the Scav Karma System now. If you still randomly attack other Scavs, you will continue to lose your reputation and get negative karma.

However, if you only defend yourself, your karma will remain. In order for it to be considered self-defense, you must have been hit beforehand. In addition, this only applies to damage suffered by player Scavs. If an NPC hits you by mistake, you must not kill him carelessly.