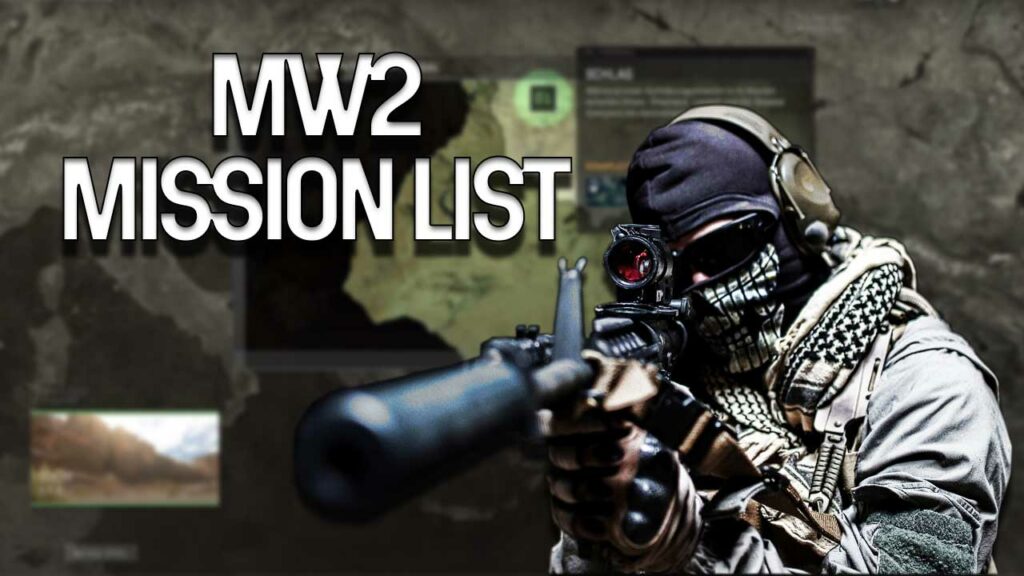 Call of Duty: Modern Warfare 2 launched its single-player campaign for pre-orderers on October 20 and offers 17 missions. We have the full mission list from the campaign for you.

Here’s what’s going on: Some mission names were already known due to leaks and info from developer Infinity Ward. Now that the single-player campaign has launched in Early Access for pre-orderers, we can complete the mission list. According to this, there are 17 missions in Modern Warfare 2 that you can look forward to.

We already got a glimpse of the Dark Water mission in June:

The campaign in Modern Warfare 2, which has been available in Early Access for pre-orderers since October 20 and for everyone else from October 28, picks up directly from the events of 2019’s Modern Warfare. As a member of Task Force 141, you’ll encounter the following 17 missions in the campaign:

What to expect: You’ll get to know the unique gameplay mechanics implemented in Modern Warfare 2, which you’ll also experience in multiplayer and Warzone. Thus, you’ll also get to know swimming and the new water mechanics in missions. You can also expect stealth missions or action-packed battles, where you’ll be offered more freedom in how you want to proceed. Night missions and vehicle pursuits are also among the campaign highlights.

Playing the campaign as part of Early Access will unlock rewards for multiplayer and Warzone: