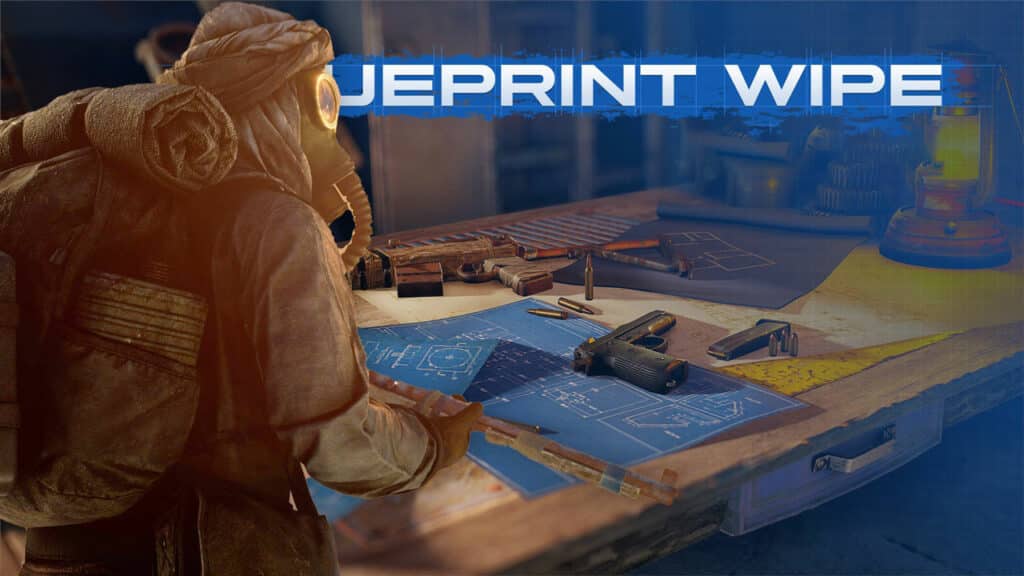 Rust Blueprint Wipe 2021: When is it coming and what does it mean for you?

Rust PC gamers will soon have to be prepared for a blueprint wipe. But what does that mean, and when exactly does this wipe come? We at Guided.news are now answering these questions for you.

What are blueprints? Today, the blueprints in Rust have a different meaning than they did a few years ago. What is meant are the unlocked research that you unlock through the research tables Tier 1 to 3. This includes items and blueprints such as:

Rust Wipe is coming this week: What is being deleted?

What happens with the blueprint wipe? A blueprint wipe in Rust will cause you to lose all of your progress on things – well – blueprints. All of the research you have achieved on the corresponding workbenches will be reset to zero.

In return, everything else remains for you. Neither your equipment nor your base works. That is often the case when the developers opt for a full wipe.

These large wipes usually occur when the developer implements a game-modified update. Since this can quickly lead to errors with the database, switch everything to restart to be on the safe side.

When does the wipe come? The next blueprint wipe comes on December 2nd, 2021 on the PC. Console gamers already have their wipe behind them, because it came last week.

The team behind Rust spoke up on Twitter and confirmed with another post that this wipe only affects PC players (via twitter.com).

Why is the blueprint wipe coming now? Update in the starting blocks

A new update ensures that the blueprints or blueprints in Rust are now reset. Among other things, this brings changes to the excavator, a number of tweaks and much more.

We already wrote an article on the latest Rust update. The update will be released together with the wipe on December 2nd, 2021.

Click here for the update: Rust will get server transitions in one of the next update and a ferry