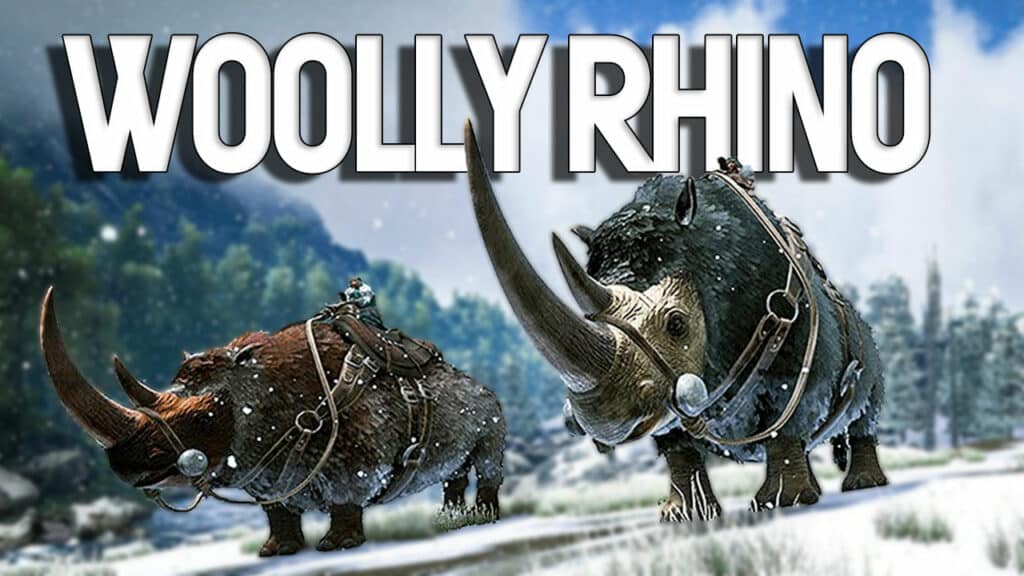 The Woolly Rhino is a large, fur-covered rhino that you’ll mainly find in the snow biomes in ARK: Survival Evolved.

Find out everything you need to know about the fluffy rhino in our Woolly Rhino guide. But also how to catch him, tame him, feed him and breed offspring too.

This is the Woolly Rhino in ARK: Survival Evolved

Appearance: The Woolly Rhino is a rhino that is similar in size to the Stegosaurus and is covered in fur, which it needs as it lives only in the snow biome.

Wild: Like most herbivores, the Woolly Rhino is peaceful until attacked. After that, all nearby Woolly Rhino will attack you.

Domesticated: Domesticated, you can breed it to get its precious horns, but also to use it as a beast of burden. How to tame the Woolly Rhino in ARK

Risky: You can try to hit the Woolly Rhino with the tranquilizer darts without pinning it first. However, since it can run quite fast and will attack you right after your first hit, this is not a good idea. Unless you’re on a large rock, platform, or cliff where it can’t reach you or damage you.

Safe: Of course, you can also build a trap from three dinosaurs, which you set up in a U-shape with small gaps in between, and then use the goals. Leave the gate you’re running through open. In the middle, you set up a bear trap.

How to tame it: Once it’s unconscious, put berries or kibble in its inventory and feed it to it. To keep the Woolly Rhino down and the stun up, it’s best to use the Narcotic or Narcoberries.

How to make the Woolly Rhino saddle

To craft the Woolly Rhino Saddle, you need to be level 53 and 24 engram points to unlock the recipe. You now need the following resources to craft:

How to feed a Woolly Rhino in ARK

Once you have tamed your Woolly Rhino, it is important to know what it likes to eat. Woolly rhinos are herbivores, which of course makes the choice of food more accessible.

How to breed the Woolly Rhino in ARK

The breeding interval of a Woolly Rhino is 18 to 48 hours. 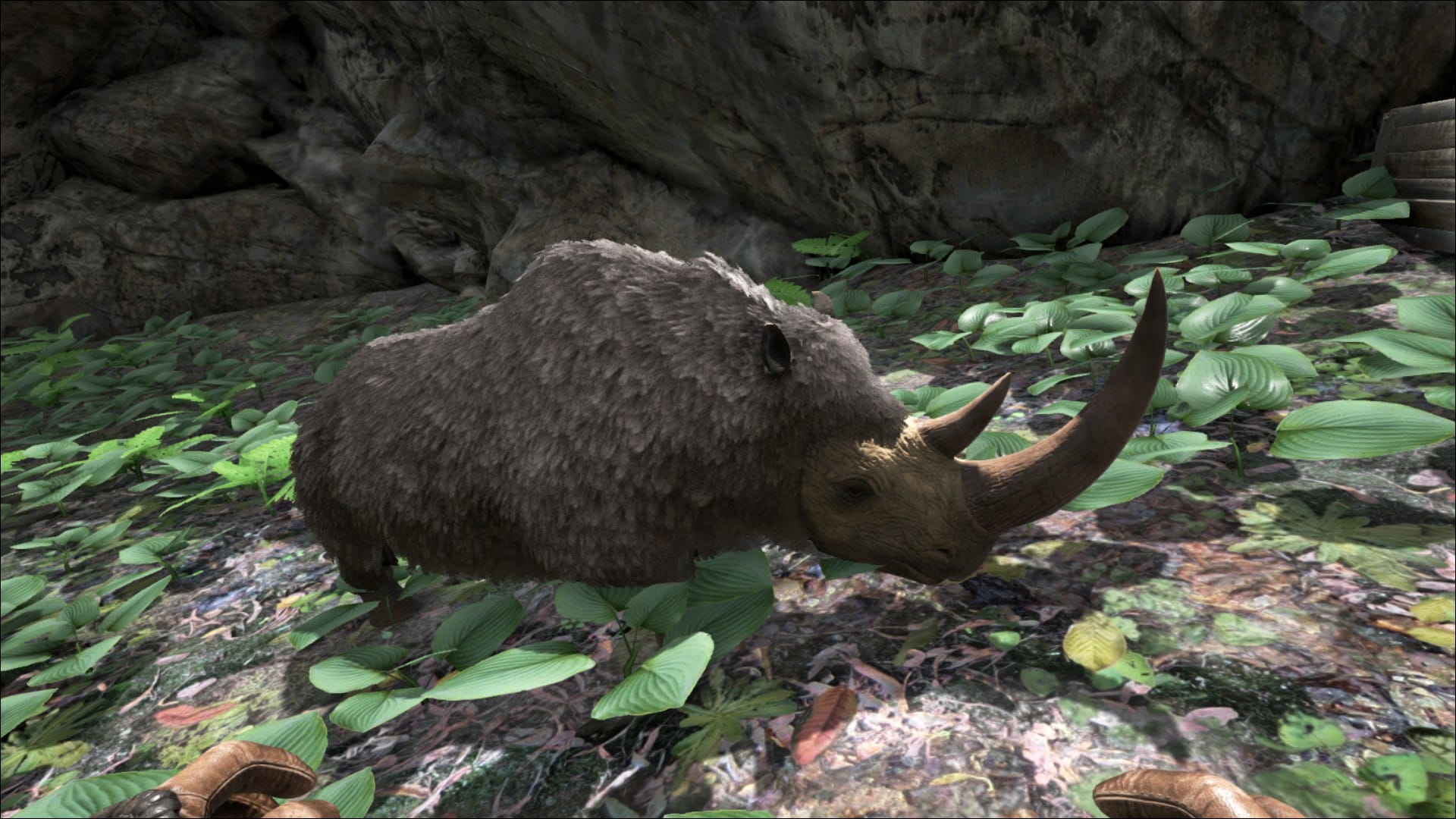 How to raise them: After successful mating, if you play on default settings, the female Woolly Rhino will be pregnant for about 4 hours. After 4 hours, you can welcome the little Woolly Rhino Baby into the world. As a baby, it takes another 6 hours of your attention, during which you have to keep putting food in its inventory. Pay attention to the embossing intervals every 8 hours to tickle the greatest potential out of the baby.

Once it gains juvenile status, it can feed on its own. The entire ripening time lasts about 2 days and 10 hours.