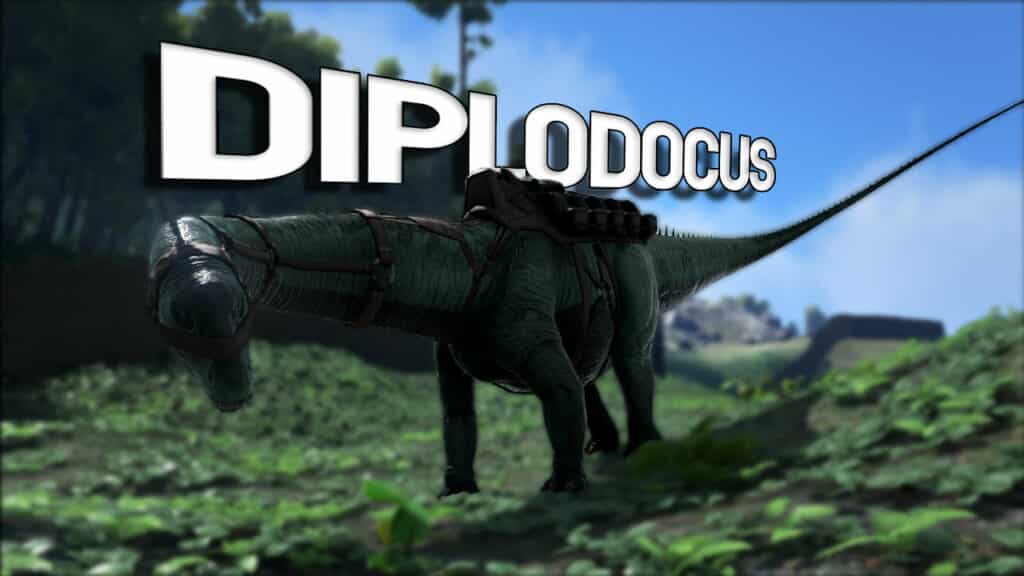 ARK: Survival Evolved: Diplodocus – How to Tame, Feed and Breed!

The Diplodocus is a small sauropod in ARK: Survival Evolved that is easy to keep as a child of its larger relative, the Brontosaurus. Tamed, he carries a saddle that offers space for 10 other people in addition to the rider.

In our guide to the Diplodocus, you will find out everything you need to know about the small long-necked animal. But also how to catch him, tame him, feed him, and breed offspring too.

This is the Diplodocus in ARK: Survival Evolved

Appearance: The Diplodocus looks like the smaller version of a brontosaurus, which can often be confused with its children. If you take a closer look, you will notice the small differences. The Diplodocus is not quite as proportional as the Bronto and its head is also significantly smaller. The spines on its back, neck, and tail are also larger and more pointed than those of its larger relative.

Wild: Like all herbivores, the Diplodocus is a gentle giant, except that it flees from its opponents, or playmates, as it sees it. You can usually find it in wooded areas where there are many trees. If he nudges you with his nose, you won’t take any damage, but the recoil will send you backward, so don’t play with the Diplodocus on a cliff.

Domesticated: Although the Diplodocus is one of the larger denizens of ARK, it cannot carry a platform saddle, “only” a large saddle with eleven seats on which all passengers, excluding the rider, can use weapons. This is especially useful if you want to go to war with your clan. How to tame the Diplodocus in ARK

For variant one, you take a crossbow or a bow and just run away from him. In between, you turn around and shoot him. Just make sure you keep enough distance, so you don’t get caught or trampled by his tail or neck. Also, you should know that the Diplodocus is faster than the larger and heavier Brontosaurus.

The second variant is just a bit more involved, as it requires one or more large bear traps. You set this up and provoke the Diplodocus by shooting the first tranquilizer dart at him. Now he should run after you and step into the big bear trap. After he’s pinned down, shoot tranquilizer darts at him.

How to tame it: Once it’s unconscious, put berries or kibble in its inventory and feed it to it. To keep the Diplodocus down and the stun value up, it’s best to use narcotics or narcoberries.

How to make the Diplodocus Saddle

To craft the Diplodocus Saddle, you need to be level 32 and 30 Engram Points to unlock the recipe. You now need the following resources to craft:

How to feed a Diplodocus in ARK

Once you have tamed your Diplodocus, it is important to know what it likes to eat. Diplodocus are herbivores, which of course makes the choice of food easier.

How to breed the Diplodocus in ARK

The breeding interval of a Diplodocus is 18 to 48 hours. 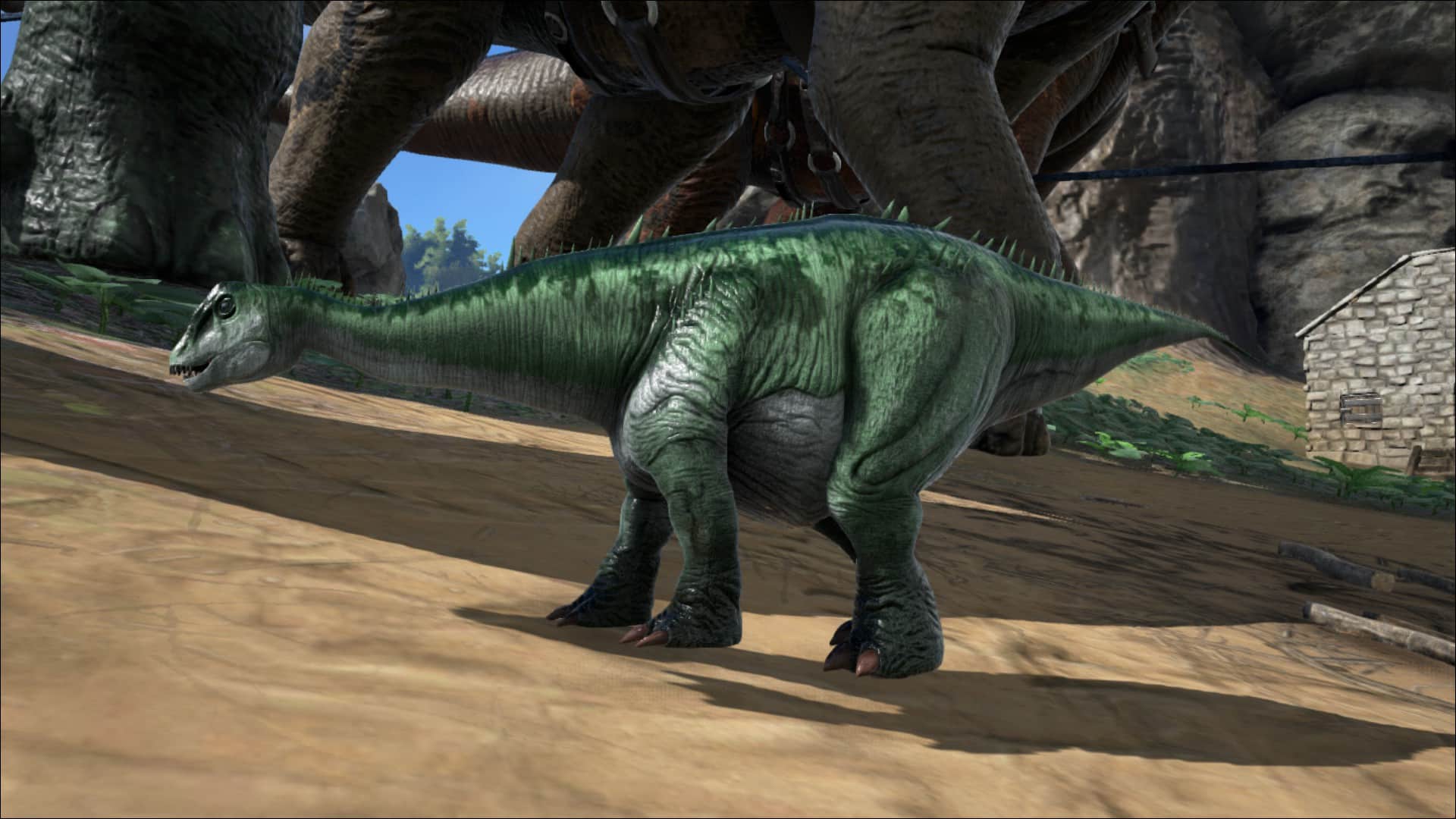 How to hatch eggs: If you have obtained a fertilized Diplodocus egg from a successful mating, hatching begins. For this, the ambient temperature of the egg should be between 26 °C and 29 °C and in the egg incubator at 28 °C. According to standard settings, the little Diplodocus baby hatches after about 5 hours. After that, it takes about 9 hours of your attention, during which you keep putting food in its inventory.