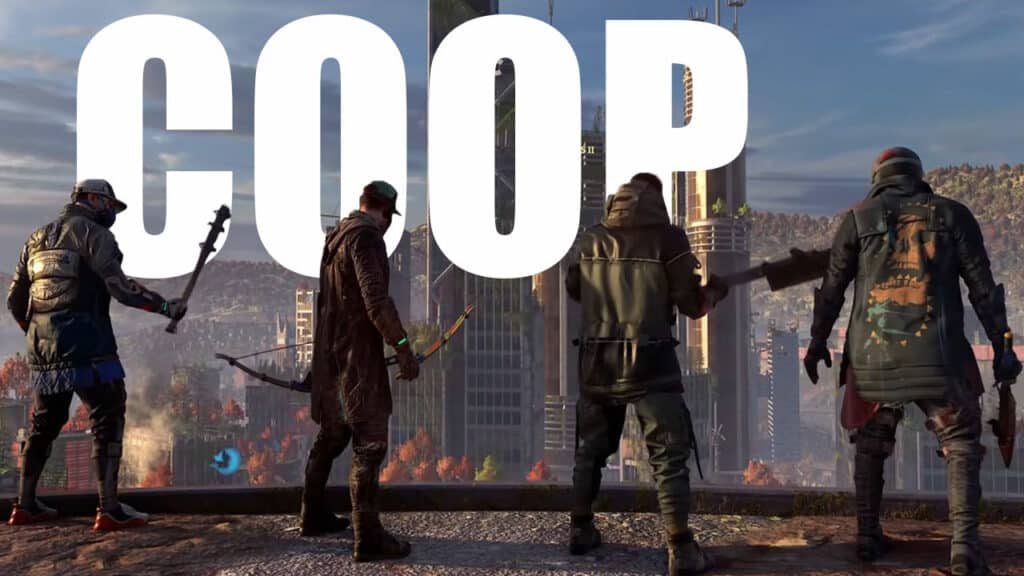 Dying Light 2 in co-op: How to play with friends

Zombie slicing in Dying Light 2 is much more fun with up to three friends in a coop than alone. We tell you how to prepare your game for multiplayer and invite your friends to play.

That’s it: The coop mode in Dying Light 2 seems to be a mystery to many players, otherwise, we can’t explain the increased search queries on the subject. And it’s true, you won’t find the co-op mode right away. We tell you what you have to do.

How to play Dying Light 2 in co-op

To play Dying Light 2 with friends or even strangers, you need to prepare your game for it:

Now that you have multiplayer enabled, you can either use quick play to find random players to join you or join another player who is looking for help.

But since you definitely want to play with friends, you can invite them directly by clicking on “Add friend”. There are no restrictions on whom you can invite, they just need to absolve the games prolog mission.

So if you host a game, your friends will only get some rewards for their help. The quests you complete and the choices you make throughout your game won’t carry over to your friends. So even if you take totally different paths in your saved games, you can still support each other in the coop.

What about cross play?

Unfortunately, it will not be possible to play Dying Light 2 cross-platform via crossplay for the time being. However, lead game designer Tymon Smektala told WCCFTech in an interview that he hopes for cross play in the future.

Techland has already confirmed that it will continue to provide the title with content and continuously update it 5 years after its release. So a cross play function doesn’t seem entirely out of the question.

Dying Light 2 multiplayer is having problems

A very different issue with Dying Light 2’s co-op mode is affecting a number of players. They do not get a connection to the network or regularly fly out of the parties. Techland is aware of the problem and is already working on a solution.

Dear gamers, thank you for your feedback. Two things on the top of our list: disconnects in co-op mode and problems with redeeming awards, codes, and other in-game content, including Twitch Drops from TechlandGG. Our team is on it. We will update you on the progress.

Update: An unknown patch deployed on February 5th seems to have fixed the issue for some players. But even the day-one patch should have fixed this issue, which wasn’t the case.

So if you are still impacted by this issue, you have no choice but to wait for the time being.