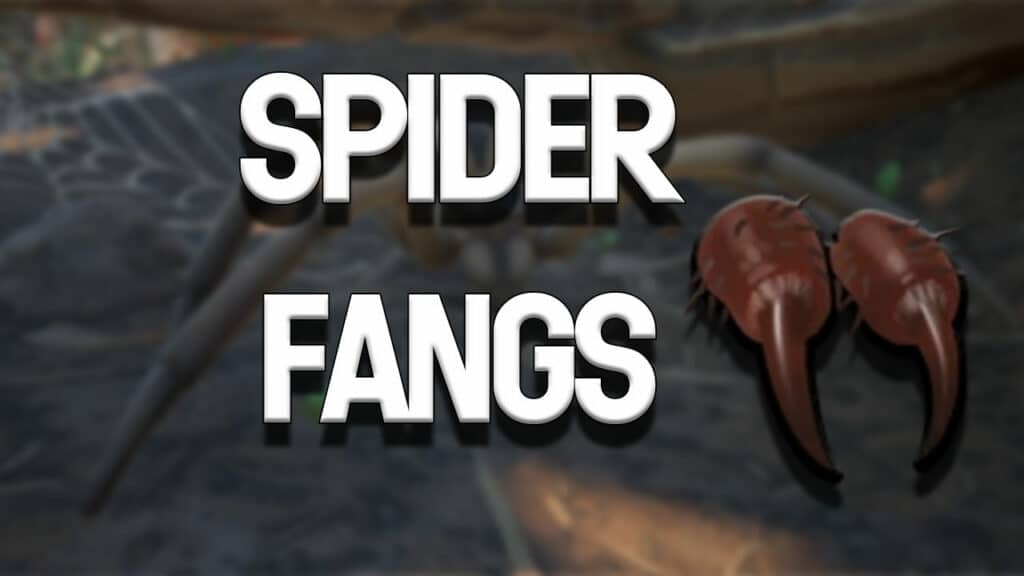 Spider fangs are a resource in Grounded that you need for many useful items. You can get the Spider Fangs from wolf spiders. Our guide explains where you can find wolf spiders and what you can use their teeth for.

What it’s about: In Grounded, many enemies drop various materials for crafting or improving equipment. The Wolf Spider is one of the more dangerous enemies, but they are also the only ones you can get spider fangs from.

This is the Wolf Spider in Grounded

Wolf spiders are one of the different types of spiders in Grounded. You can find them mainly in the central and western areas of the courtyard. Their dwellings look like tiny houses made of oak leaves, where they sometimes sleep inside.

To get spider fangs, you must defeat wolf spiders, from which you can loot them.

General information about the wolf spider:

What the Wolf spider drops:

How to fight the wolf spider in Grounded

First, make a bow and enough arrows to fight the wolf spider. Then find a spider’s den made of oak leaves and see if there is a sleeping wolf spider there. You can then shoot at the spider from the back of the shelter through the gaps and be protected from the attacks.

If you meet a wolf spider in the wild, look for an elevated point from which the spider will not reach you with its attacks. This can be a stone, for example. Shoot the spider from above and defeat it. You need spider fangs for a few important items. For example, weapons, whetstones, armor, or smoothies. Here is the basic information about spider fangs as a resource:

For these items, you need spider fangs to craft: