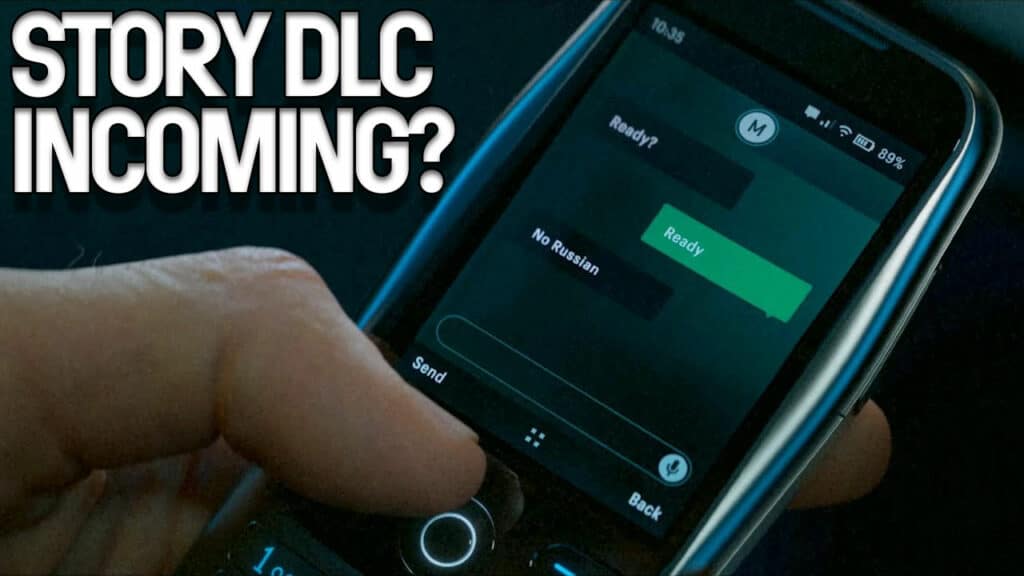 Modern Warfare 2: “No Russian” – Story DLC on the Way?

The campaign of Call of Duty; Modern Warfare 2, is one of the best single-player experiences of the CoD series for shooter fans and the press. But the end of Modern Warfare 2’s story is puzzling. Is Infinity Ward planning the comeback of an old acquaintance?

What’s it about: The campaign of the recently released shooter Call of Duty: Modern Warfare 2 ends with a strange cutscene that leaves a lot of room for speculation. We took a closer look at the end of the story, explain what the mysterious W. might be about, and why fans can possibly look forward to a story DLC for Modern Warfare 2.

Modern Warfare 2: No Russian – Ominous Message at the End of the Campaign.

What happens at the end of Modern Warfare 2? Those who play through Modern Warfare 2’s campaign are rewarded with a cutscene in which Taskforce 141 meets with CIA agent Kate Laswell in a bar. Laswell tells Price that she has been checking out the Russians. They are now working with someone else, Laswell says, and slides Price a photo. Price identifies the person in the photo as Vladimir Makarov.

The screen then goes black, and the end-game credits roll through. If you hold out until the end of the credits, you’ll get to see another secret cutscene. In it, we see a man in an airplane assembling a weapon from parts. Shortly after, an “M.” asks if the man is “ready” via text message. Upon confirmation, M. sends another SMS with “No Russian”.

What does “No Russian” mean? Those who played the original Call of Duty: Modern Warfare 2 will be able to guess what this text message is all about. In the original game from 2009, there was a campaign mission of the same name, during which Russian terrorists attack Moscow airport and disguise this attack as a massacre of Americans. Therefore, the participants are supposed to speak “no Russian” on the instructions of Makarov, who leads the terrorists.

During the mission, we take on the role of Joseph Allen, a CIA agent who infiltrated Makarov’s organization of ultranationalism Russians. The mission itself caused a lot of discussion in the press and gaming community at the time due to its brutality and the fact that we have to shoot a lot of innocent civilians. It is still considered one of the most iconic missions of the entire Call of Duty series.

No Russian – What does the mysterious text message mean?

What does all this have to do with Modern Warfare 2 (2022)? The fact that the developers are giving the Call of Duty: Modern Warfare 2 campaign an open ending, so to speak, indicates that more story content is being planned. We think it’s highly likely that the developers will release some new No-Russian mission—the only question is, in what form?

The developers have several options for implementing “No Russian” in Modern Warfare 2. Conceivable would be:

So far, neither Activision nor Infinity Ward has commented on whether and to what extent the story of Modern Warfare 2 and a potential “No Russian” mission could continue. However, we think it will likely continue since the mission is very popular among fans.