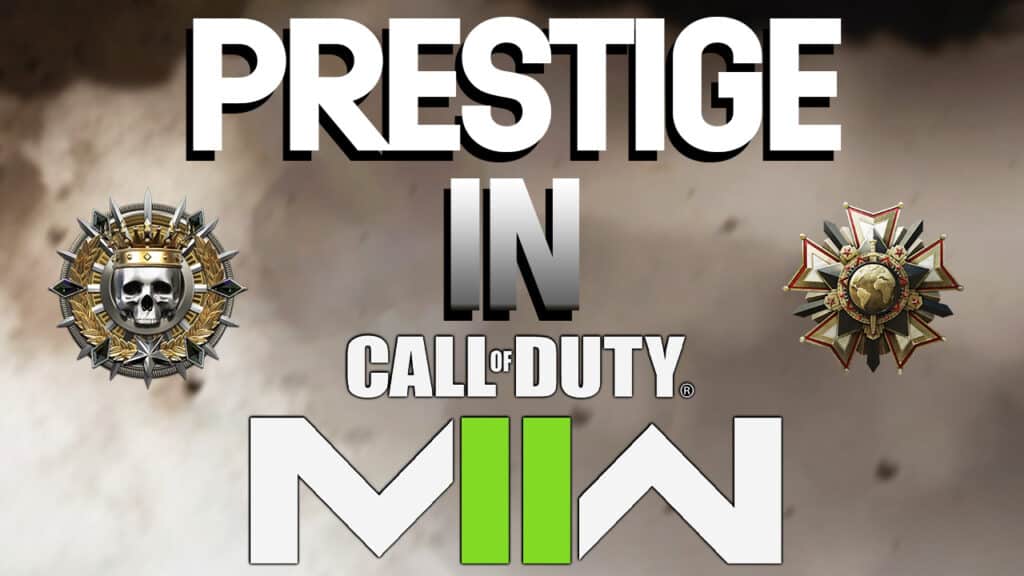 Modern Warfare 2: How to Get Prestige & Does it Even Exist?

What exactly is Prestige? In the older Call of Duty games, prestige worked differently than today. There you could, if you reached the maximum level, be set back to level 1 at the push of a button. All weapons and attachments had to be unlocked initially, but you could take a weapon to a new prestige in some games. The new prestige system has worked differently since Cold War and Vanguard.

A widespread question is as follows: “How to get Prestige in Modern Warfare 2?”. The quick and easy answer is: “Not at all”. At least not yet. The prestige feature will be added with the start of the first season on November 16th and should then be more similar to the prestige from the last two Call of Duty titles. So if you’re currently looking for a way to activate Prestige, we must disappoint you.

Facts on “How to get Prestige” in Modern Warfare 2

How does Prestige Work in Recent Call of Duty Titles?

In the two predecessors to Modern Warfare 2, prestige worked as follows: At the beginning of a new season, your account was reset to level 1, and you had to play to level 55 first. Following this, your account will not be reset to the beginning as before, but you can start unlocking the seasonal levels. To do this, you level up as before and can climb 1000 levels during the season. Every 50 levels, you get a higher prestige emblem to show your progress. We believe this is how you get prestige in Modern Warfare 2 also.

Did you like the old prestige feature better, or are you a fan of the new system? Do let us know in the comments! Do you want to join our community and discuss Modern Warfare 2? Then join our Discord server or visit us on Facebook. We are looking forward to you!