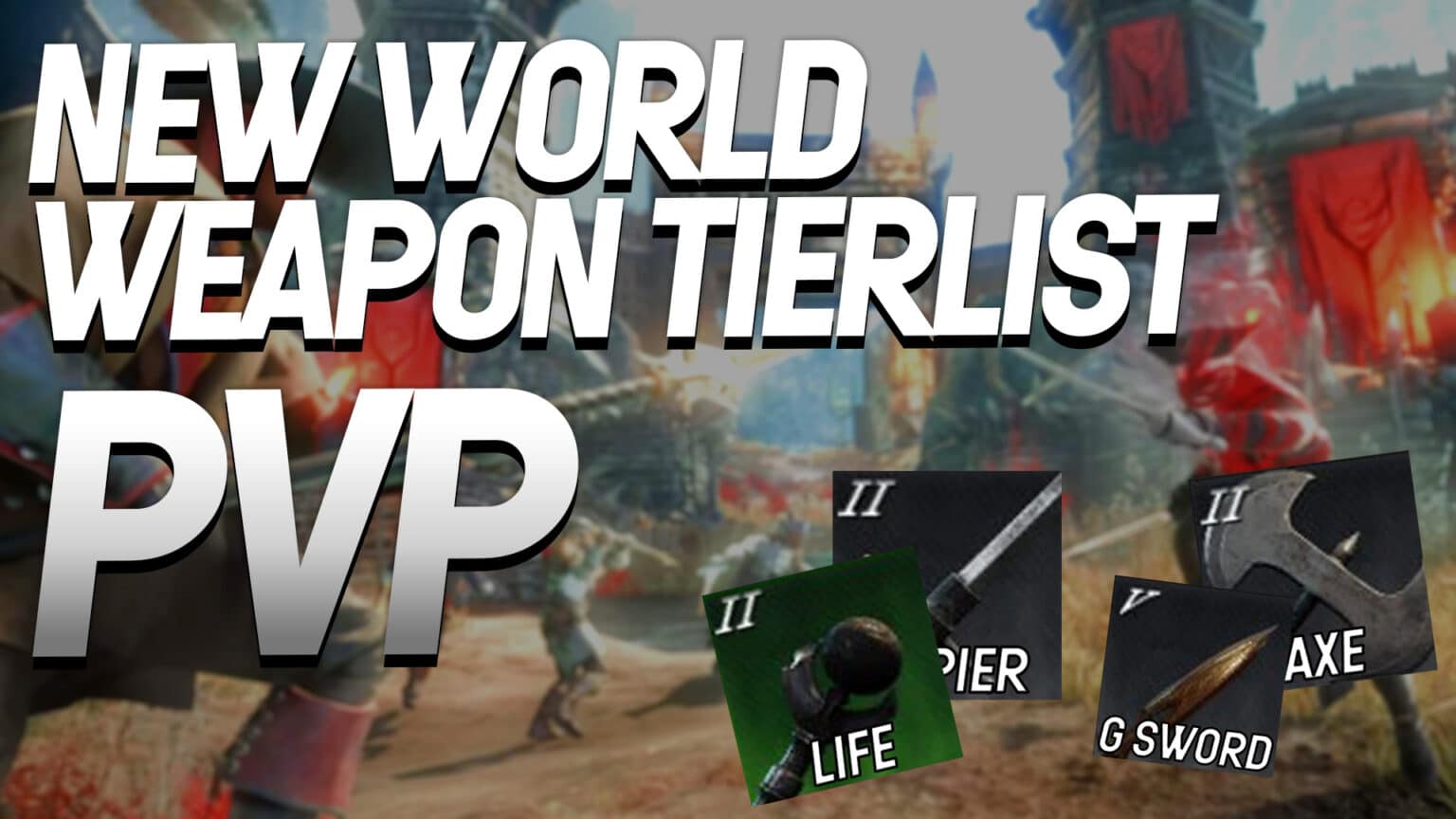 There are many types of weapons in the MMORPG New World, and these are regularly expanded. We have the best weapon types for your PVP battles in the following tier list.

What is a tier list? A tier list is a classification of, for example, weapons (or other things in a category) into different levels. So mostly marked as S at the upper end; the best weapons are classified. The list goes from S to D. The further down a weapon is, the more useless it is.

There are currently 14 different weapon types in New World. You can equip two different weapons at the same time. Especially in PvP, you choose your two weapons wisely and combine abilities for attack and defense or flight. This means, for example, that you pick a strong weapon that scales with strength and, for example, also uses a skill weapon to inflict certain debuffs on the opponent or to be able to dodge them better. The great sword was recently added in the big Brimstone update, which is currently considered one of the most potent weapons in PvE and PvP.

All Weapon Types in the New World Weapons Tier List

The Lifestaff is surprisingly in the S Tier in terms of PvP. This is because players who are good at the Lifestaff are not only the only healers on the battlefield but can also dish out incredibly high damage. Even though the Rapier has been nerfed, it is still a solid choice, along with the Lifestaff, to gain more mobility.

The second weapon in the S Tier isn’t much of a surprise; the Greatsword is an absolute monster in terms of damage, not only in PvE. Especially in PvP, you need a lot of damage quickly. The Greatsword doesn’t have a high attack speed, but if you string your chain of abilities together well and hit with every attack, hardly any opponent will survive.