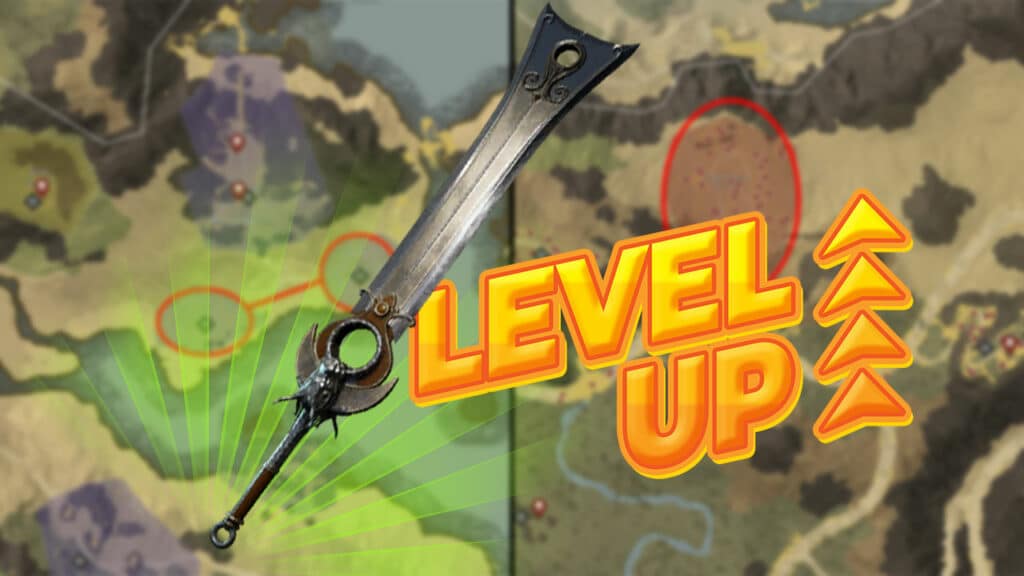 To level up your weapons quickly in New World, there are a few good tricks that you can easily use. But the right place is also important to be as efficient as possible. Our guide will tell you everything you need to know about the weapon XP farm.

What it’s about: In New World you not only level up your character or professions, as it’s the case in other MMORPGs, but also your weapons. Thus, you’ll get better at handling them and unlock abilities that are otherwise denied to you. That’s why it’s necessary to level up your weapons to 20, to get the maximum benefit from them.

The Fastest Way to Level Up your Weapon in New World

The right tactic: If you want to level your weapons quickly, you should play solo. This way you won’t have to share your XP. In the locations we’ll show you in the next section, you’ll simply have to gather as many enemies as possible and flatten them with AoE skills. In the north of the Restless Shore you will find two pirate camps on the beach; the Channelview Post and the Oceanview Post. Here you can always run back and forth and finish off all the enemies. Often these camps are farmed by small groups, so you can join them, but also do it solo. However, keep in mind that within a group you share your XP and thus level up slower. How effective is the farm route? If you always complete both camps in a group, you’ll manage about two levels per hour or more.

However, if the zone is overrun and you don’t get to level effectively, there is another zone that is suitable for solo players.

In the north of Mourningdale you will find the Hibbotsfield. A farm with many corrupted levels 50+. Here you will rarely meet other players who will take away your prey. However, you also need a little longer for the kills, but you also get more XP.

Here, too, you try to gather as many enemies as possible and take them out with AoE skills. How effective is the farm route? Since you’re often alone here, you’ll get more XP than in a group, but you’ll also need longer to fight. Nevertheless, you’ll make around 2-3 levels per hour.

YouTuber Feinnon has also summarized this in a video:

More Group Weapon XP With a Song in New World

If you are in a group and want to boost your weapon XP, you should play a song. What many players don’t know is that the right song also increases the weapon XP received within groups. This is the “Blacksmith Arm” song, which you can already unlock as a novice. The group XP bonus increases not only the experience points received for character leveling but also those of the weapons. With the bonus active, that’s 10 more XP you get per defeated enemy.

You are a big fan of New World and you want to join our community and discuss about New World? Then join our Discord server or visit us on Facebook, we are looking forward to you!