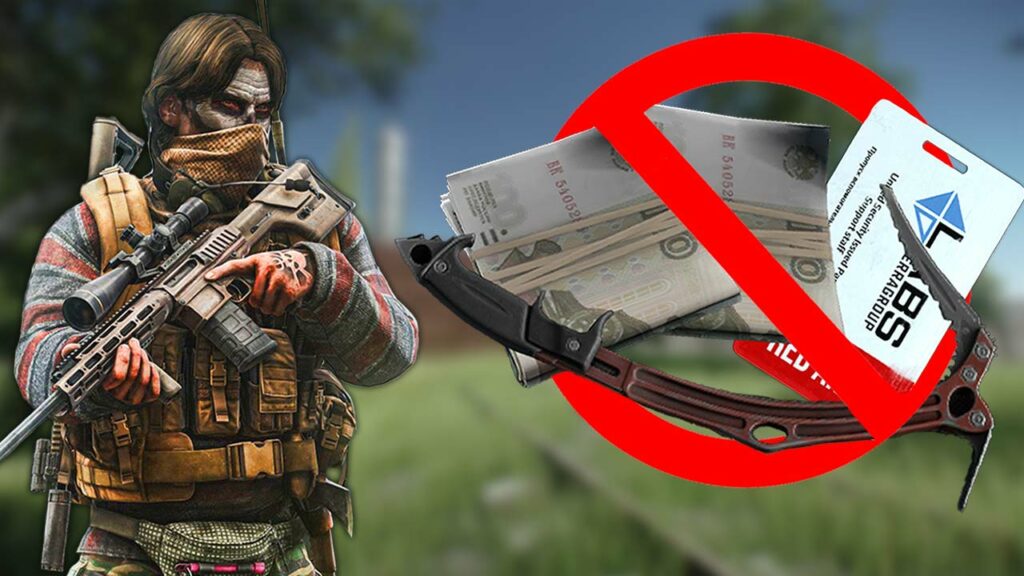 Escape From Tarkov, like many MMOs, suffers from RMT (Real Money Trading), which is trading real money for in-game items and currencies. A new feature is supposed to make it impossible to trade money or items that are of great value. What are the consequences of this and what is RMT anyway, now!

What is going on? A few minutes ago, Tarkov developer Battlestate Games posted to the house’s own forum. Announced the developers that they now want to bring a new “anti-real money trade” feature that makes it impossible to trade special items. These are popular items that are often traded for real money. This has consequences not only for RMT traders.

Tarkov gets anti-real money feature, destroys rare items for it

What is the current problem? In recent years, but especially in recent months, real-money trading in Tarkov has exploded. Players bought tens of millions of rubles for hundreds of euros. The traders also sell items that are intentionally difficult to get. Tarkov developers have had enough and bring the new anti-RMT feature.

What does the RMT feature bring? In the forum, the developers explain the new feature like this: Some items in Escape From Tarkov get a new description and status. If a RMT trader tries to drop these items in the raid, the items or the money will be destroyed. As soon as the trader tries to drop the item, he will receive a warning: “Warning! The following item will be permanently lost”.

The automatic destruction also takes effect when trying to drop the item in a box. If the player ignores the text warning, the item will destroy itself. Even if a player carries the item in his backpack or vest, he destroys the item with the drop. Death is supposed to destroy the item. It is unclear whether this only applies to “team kills” or to all.

Which items are destroyed by the discard feature?

Are there exceptions? Yes, there are some exceptions. Many of the items mentioned above are still tradable to a certain degree. The limitation refers to “per raid” and is intended to make boosting more difficult for RMT customers, but also friends in Tarkov. So you can still trade the following items limited:

What do you think? Do you think the new anti-RMT feature is a good idea or not? And have you ever made use of RMT services for Escape From Tarkov? Share your opinion and story in the comments, or join our wonderful community on Facebook!