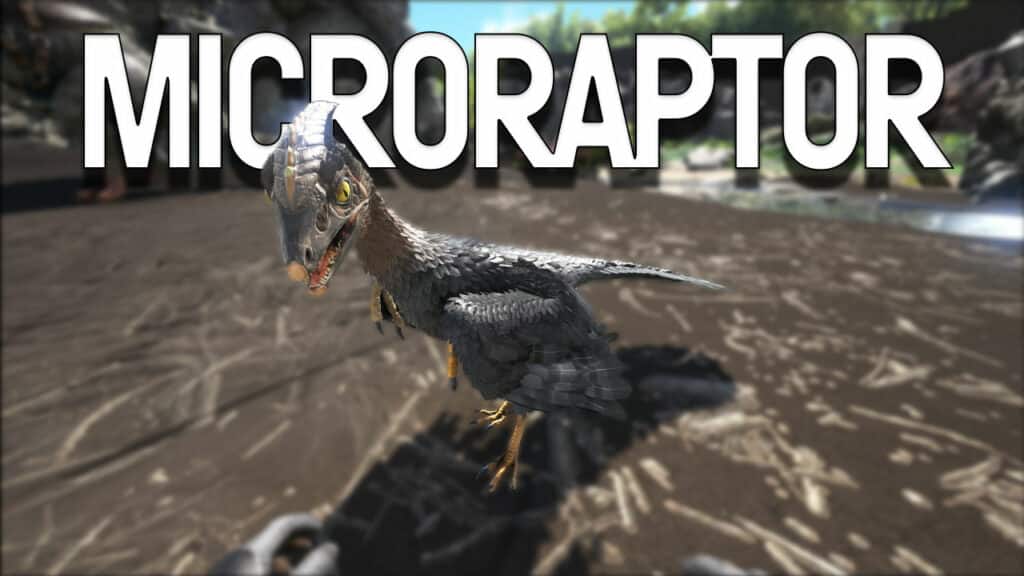 ARK: Survival Evolved: Microraptors – How to Tame, Feed and Breed!

The Microraptor is a small, feathered raptor species in ARK: Survival Evolved. Although they are rather weak on their own, they can be quite dangerous in packs, as their wings give them the ability to hover in the air for a few seconds.

Find out everything you need to know about the small, aggressive attacker in our Microraptor guide. But also how to catch him, tame him, feed him, and breed offspring too.

This is the Microraptor in ARK: Survival Evolved

Appearance: Unlike its relatives like the raptor and Oviraptor, the Microraptor bears more resemblance to a bird. His body is feathered except for his face. The Microraptor even has wings that allow it to glide short distances.

Tamed: With a tamed Microraptor you have a small dinosaur that can sit on your shoulder. Because he can glide after a jump, he can easily force enemy riders to dismount from their mounts. If you have bred a pack of Microraptors, you can let them attack together. This is often underestimated since it does little damage on its own against larger creatures. How to tame the Microraptor in ARK

How to hunt the Microraptor: Since the raptor will attack you immediately if you hit it or get too close, you have to use a bola to pin it down. This is best done when he comes running towards you. But don’t underestimate his speed. Once the raptor is immobilized, shoot a tranquilizer dart in its face.

You might be lucky with low-level Microraptors that they can be knocked out with just one tranquilizer dart.

If you’ve already tamed a flying creature, you can grab the Microraptor with it and drop it into a cage you’ve built, where you can tame it at your leisure.

How to tame him: Once he’s unconscious, put the rare flower, meat, or kibble in his inventory and feed it to him. Often little food is enough to tame him quickly. The Microraptor’s stun will wear off quickly, so you’ll need to put enough Narcotics or Narcoberries in its inventory.

How to feed a Microraptor in ARK

Once you have tamed your Microraptor, it is important to know what it likes to eat. Microraptors are carnivores, which of course makes the choice of food easier.

How to breed the Microraptor in ARK

The breeding interval of a Microraptor is 18 to 48 hours. 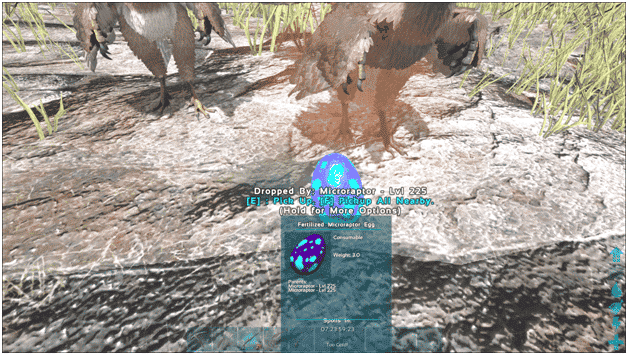 How to Hatch Eggs: If you have obtained a fertilized Microraptor egg from a successful mating, hatching begins. For this, the ambient temperature of the egg should be between 24 °C and 28 °C and in the egg incubator at 26 °C. According to standard settings, the small Microraptor baby hatches after about 1.5 hours. After that, it takes about 5.5 hours of your attention, during which you keep putting meat in its inventory.

Once it gains juvenile status, it can feed from troughs on its own. The entire maturing time takes about 2 days and 6.5 hours.