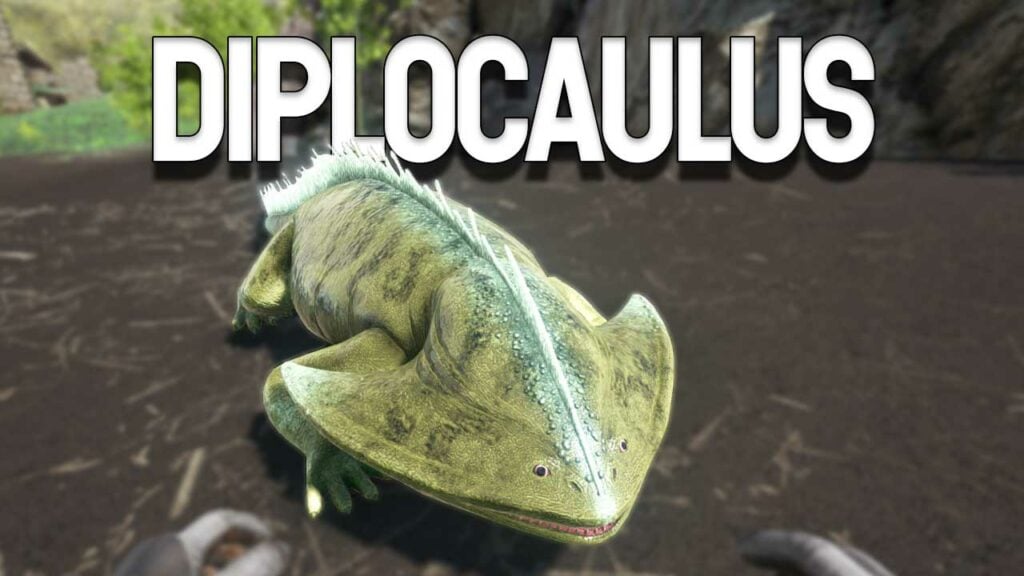 ARK: Survival Evolved: Diplocaulus – How to Tame, Feed and Breed!

With the help of a tamed Diplocaulus, you can easily explore the depths of the ocean without a breathing apparatus in ARK: Survival Evolved. The Diplocaulus takes over breathing, which can store oxygen, which you can branch off again and again.

Find out everything you need to know about the lizard in our guide to the Diplocaulus. But also how to catch him, tame him, feed him, and breed offspring too.

This is the Diplocaulus in ARK: Survival Evolved

Appearance: The Diplocaulus is a lizard with a huge triangular head and very small button eyes. It has a sort of crest from its head down its back to its tail. Its legs are similar to those of a crocodile.

Wild: You can find the Diplocaulus near bodies of water, where it often flees if it senses danger. Even if you attack him, he will not try to attack you, but will instinctively flee.

Domesticated: With a tamed Diplocaulus you have an oxygen tank with you for underwater exploration. He stores the air in his head’s bladders, from which you can divert it. If his oxygen is empty, a short break on the surface is enough, and you can continue again. In addition, the Diplocaulus can only be “ridden” underwater and without a saddle. How to tame the Diplocaulus in ARK

How to hunt the Diplocaulus: After your first attack the Diplocaulus will try to flee, as it is slower on land than on water, you can easily catch it here and keep shooting until it is stunned.

How to tame him: Once he’s unconscious, put fish or kibble in his inventory and feed him that. To keep the diplocaulus down and the stun value up, it’s best to use the anesthetic or narcoberries.

This is what a Diplocaulus eats in ARK

Once you have tamed your Diplocaulus, it is important to know what it likes to eat. Diplocaulus are carnivores and fish eaters, which of course makes the choice of food easier.

How to breed the Diplocaulus in ARK

The breeding interval of a Diplocaulus is 18 to 48 hours. How to Hatch Eggs: If you have obtained a fertilized Diplocaulus egg from a successful mating, hatching begins. For this, the ambient temperature of the egg should be between 0 °C and 50 °C and in the egg incubator at 25 °C. According to standard settings, the little Electrophorus baby hatches after about 5 hours. After that, it takes about 4 hours of your attention, during which you keep putting food in its inventory.