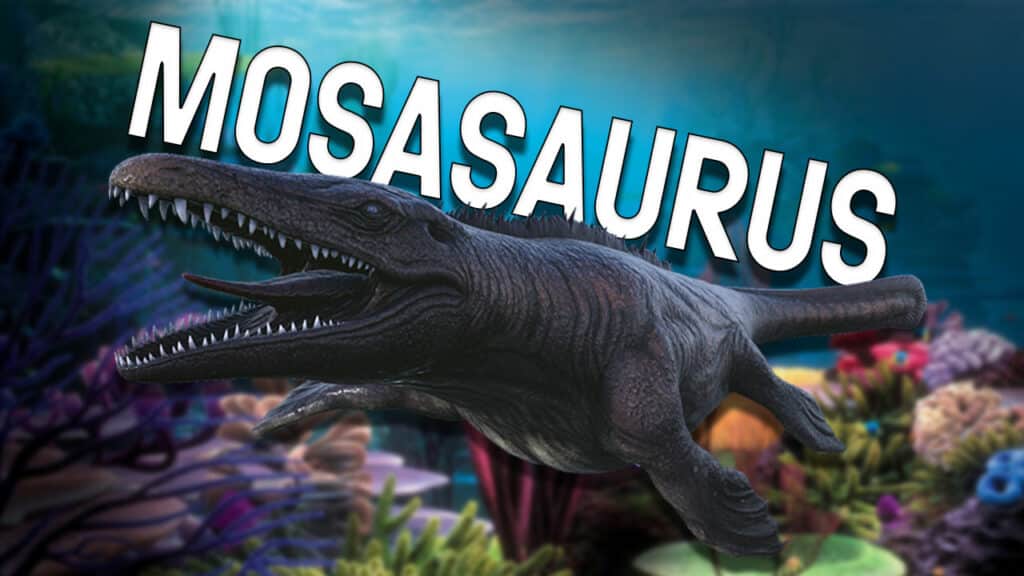 ARK: Survival Evolved: Mosasaurus – How to Tame, Feed and Breed!

Through Jurassic World, the Mosasaurus has gained notoriety, and also in ARK: Survival Evolved, it is known as a useful aquatic lizard, as it can also be tamed and carry a platform including bases across the sea.

In our guide to the Mosasaurus you will find out everything you need to know about the well-known water creature. But also how to catch him, tame him, feed him, and breed offspring too.

This is the Mosasaurus in ARK: Survival Evolved

Appearance: The Mosasaurus is one of the largest aquatic creatures on the island, measuring 15-16m in size. Its four legs end in large fins, as does its tail, which also ends in a large fin. A kind of crest of dorsal fins runs from its neck over its back to its tail. Compared to its enormous body, the mosasaur’s sharp teeth appear like small, sharp needles.

Wild: Mosasaurs are territorial solitary creatures, so if you encounter them, you usually don’t have to worry about being attacked by other specimens. He lives mostly at the edge of the map in deep waters, where he is perfect for ambushing. In his sneak attacks, he mainly attacks from below.

Its aggro radius is rather average and significantly smaller than that of the Megalodon. Still, if you get into its aggro radius, the Mosasaurus will chase you for quite a while. You can only reach safety in flattened water, as it is too big for shallow waters.

Domesticated: Due to its size, you can even build bases with appropriate defenses on its platform saddle. But even as a normal mount in the water, the Mosasaurus offers a good defense. Its only downside is that it’s quite slow. How to tame the Mosasaurus in ARK

How to hunt the Mosasaurus: For the Mosasaurus you have to build a trap at the bottom of the sea/ocean. You can try building a trap in shallower water, like the Megalodon, but since the Mosasaurus often doesn’t swim that far, it’s much easier in the deep seabed.

For this, you set up 5-6 dinosaur arches in a row. Make sure you always leave a little space between the archways so that you can still fit through. You place the gates in the first and last archway. You can already close the last gate if you don’t use a mount. Now you’re luring in the Mosasaurus. You provoke him into following you. The important thing here is that you have a faster mount or a very high swimming speed so that you can also escape. Since the Mosasaurus isn’t the fastest swimmer, this isn’t that difficult. If he follows you, swim through the gate.

Once he’s in the pen, if you’re playing without a mount, you can quickly swim through the gaps between the archways and close the open gate. If you play with a mount, you must close both gates.

Once the Mosasaurus is stuck, shoot it with tranquilizer darts until it K.O. is. You can easily do this through the gaps you left between the archways. Depending on the Mosasaurus’ level, this may take some time and resources.

How to tame him: Once he’s unconscious, it’s best to put the Exceptional Kibble in his inventory and feed it to tame him. If the Mosasaurus threatens to wake up again, you can also feed it Narcoberries or put Narcotic in its inventory to keep the stun level high.

How to make the Mosasaurus saddle

To craft the Mosasaurus Saddle, you need to be level 78 and 60 Engram Points to unlock the recipe. You now need the following resources to craft:

You also have the option of crafting a platform saddle for the Mosasaurus, for this, you need level 93 and 80 engram points, as well as the following resources:

How to Feed a Mosasaurus in ARK

Once you have tamed your Mosasaur, it is important to know what it likes to eat. The Mosasaurus is a carnivore, which of course makes the choice of food easier.

How to breed Basilosaurus in ARK

The breeding interval of a Mosasaurus is 18 to 48 hours. 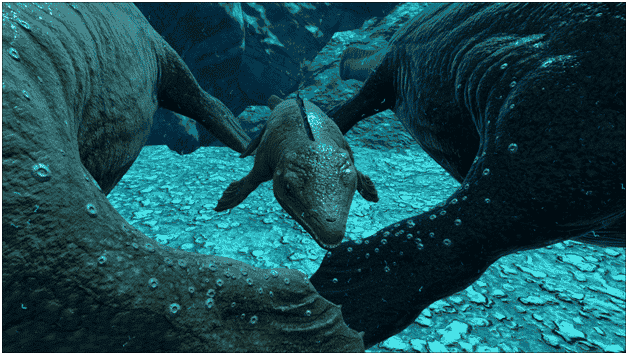 After a successful mating, if you play on default settings, the female Mosasaurus will be pregnant for about 8 hours. After these 8 hours, you can welcome the little megalodon baby into the world. As a baby, it takes up another 18.5 hours of your attention, during which you have to keep putting food in its inventory. Pay attention to the embossing intervals every 8 hours to tickle the greatest potential out of the baby.

Once it gains juvenile status, it can feed on its own. The entire ripening period lasts about 7 days and 17 hours.