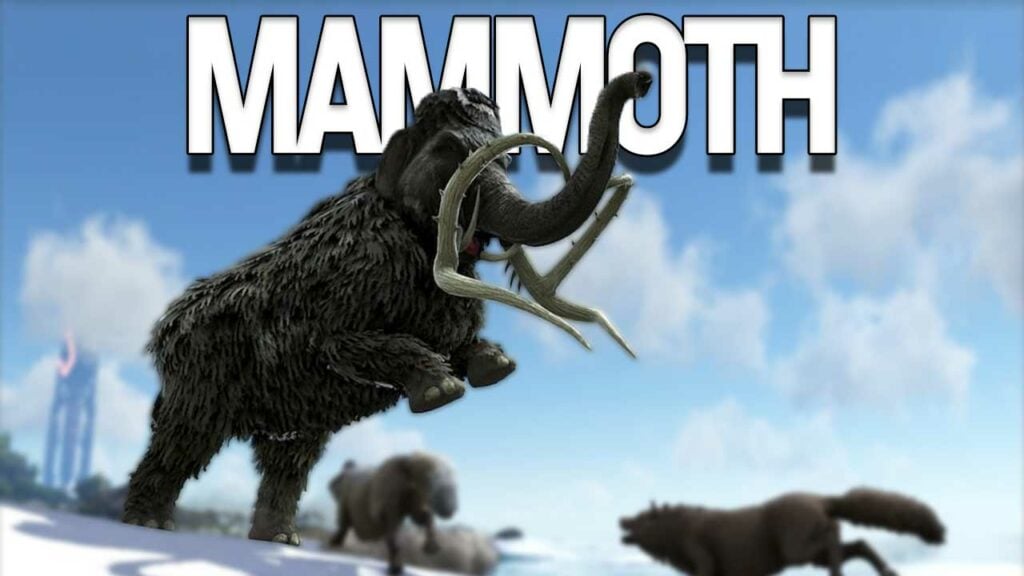 ARK: Survival Evolved: Mammoth – How to Tame, Feed and Breed!

Our guide to the Mammoth in ARK: Survival Evolved tells you everything you need to know about the mammoth. But also how to catch him, tame him, feed him and breed offspring too.

The Mammoth can be found in the snow biome, where you can often see it fighting battles with the area’s predators. The Mammoth comes out victorious more often than you think. In addition to its fighting skills, tamed it can also be used as a beast of burden, since it can carry a lot.

This is the Mammoth in ARK: Survival Evolved

Appearance: The Mammoth bears a striking resemblance to its prehistoric counterpart. Except for its long tusks, which branch off in the middle and form a “heart” and are decorated with spikes or small tusk thorns.

Wild: You will most often meet the Mammoth with a conspecific or partner in the snow biome of your map in ARK: Survival Evolved, where you can often see it being preyed upon by other predators such as a wolf pack, the Yutyrannus, Sabertooth, Managarmr, and many more. is attacked. It is not uncommon for it to emerge victorious from this battle, even if the Yutyrannus is accompanied by a pack of Carnotaurus.

It is harmless on its own and only fights back if someone or something attacks or provokes it, with nearby mates or conspecifics coming to its rescue.

Domesticated: Domesticated, the Mammoth is an incredibly good beast of burden, being able to carry quite a bit of weight to begin with. In addition, it can cause some damage to the opponent with its huge tusks and also cut down a tree. How to tame the Mammoth in ARK

How to hunt the Mammoth: Since the Mammoth won’t attack you on its own and will only trott around in the snow biomes, you can easily pin it down with a chain bola, or a bear trap if necessary, but you can also do it without pinning it off a cliff or shoot it from the ground.

Whether pinned or not, you must keep attacking it with tranquilizer darts until it falls unconscious.

Note, however, that as soon as you attack one of the animals, other Mammoths will attack you in the immediate vicinity.

How to tame it: Once it’s unconscious, put vegetables, berries, or kibble in its inventory and feed it to it. To keep the mammoth down and the stun value up, it’s best to use narcotics or narcoberries.

How to make the Mammoth saddle

To craft the Mammoth Saddle, you need to be level 31 and pay 18 engram points to unlock the recipe. Now you need the following resources to craft it:

In ARK: Mobile, you can craft a saddle with a small platform on each side. You make this from the following resources:

How to feed a Mammoth in ARK

Once you have tamed your Mammoth, it is important to know what it likes to eat. Mammoths are herbivores, which of course makes the choice of food easier.

How to breed the Mammoth in ARK

The breeding interval of a mammoth is 18 to 48 hours. 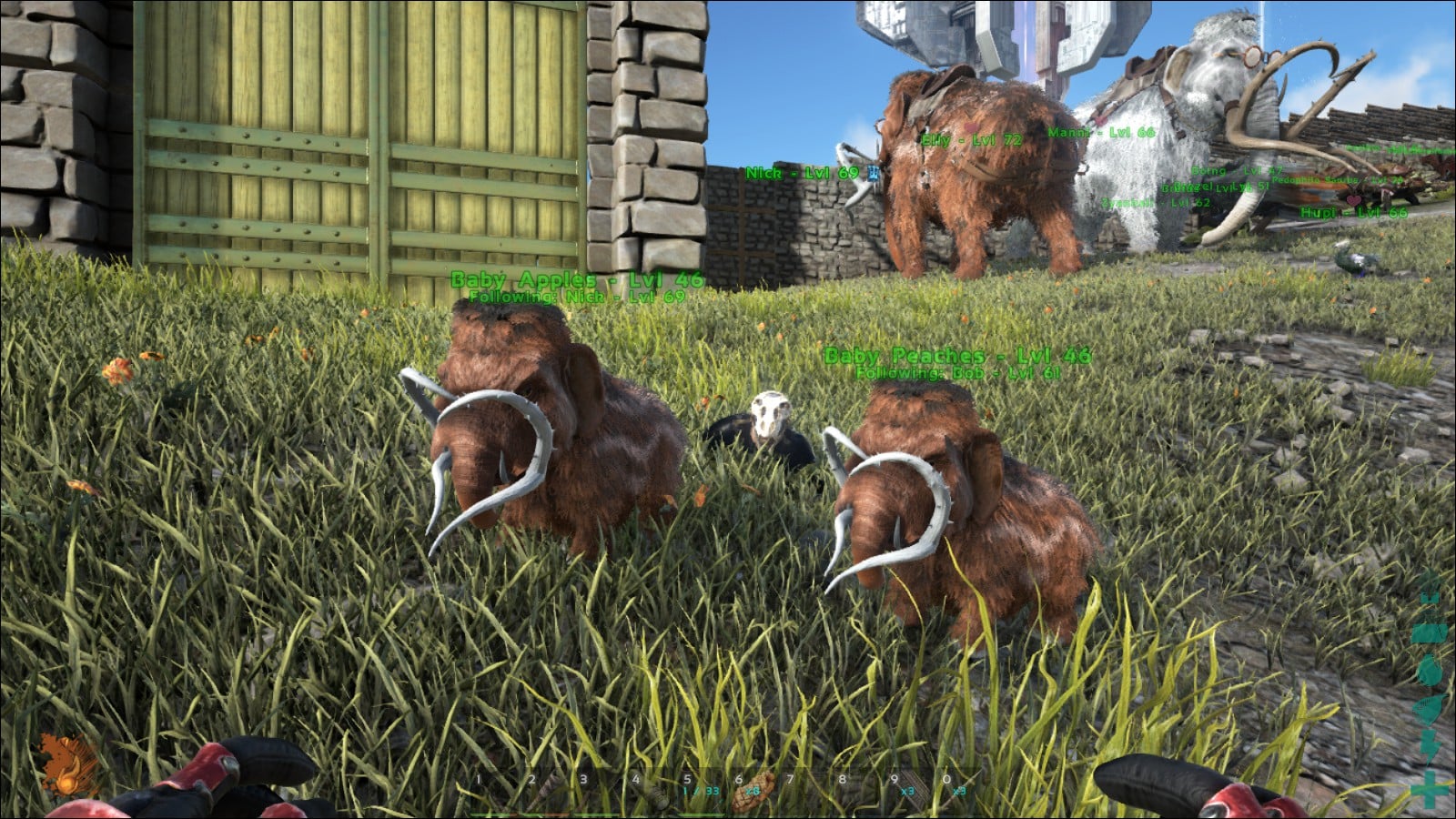 After successful mating, if you play on default settings, the female Mammoth will be pregnant for about 8 hours. After these 8 hours, you can welcome the little mammoth baby into the world. As a baby, it takes up another 8 hours of your attention, during which you have to keep putting food in its inventory. Pay attention to the embossing intervals every 8 hours to tickle the greatest potential out of the baby.

Once it gains juvenile status, it can feed on its own. The entire ripening time lasts about 3 days and 10.5 hours.