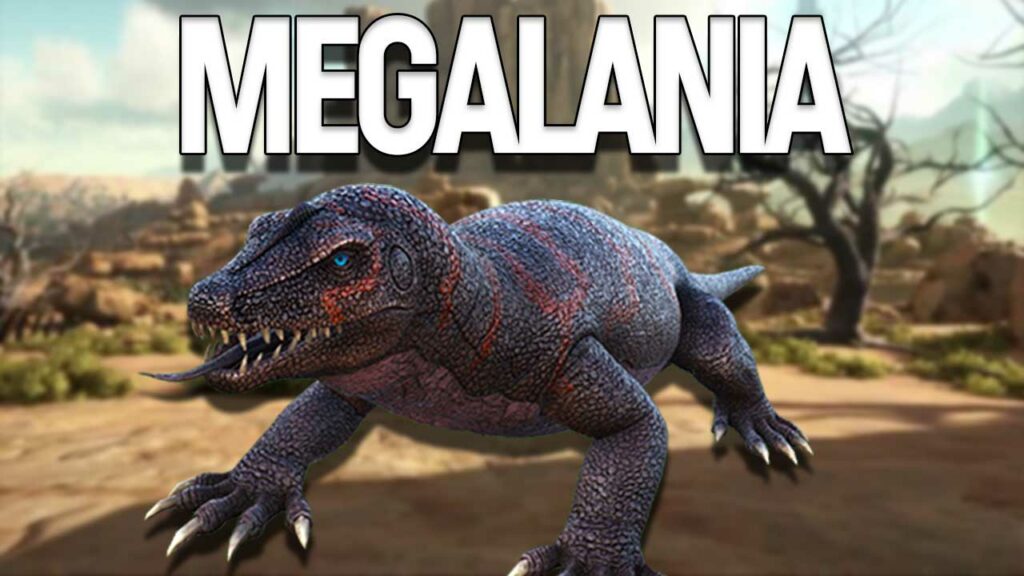 ARK: Survival Evolved: Megalania – How to Tame, Feed and Breed!

Find out everything you need to know about the cave-dwelling carnivore in our ARK: Survival Evolved Megalania guide. But also how to catch him, tame him, feed him, and breed offspring too.

You can find the Megalania mainly in the many caves of the Arks, but also in the Highland Sands of Ragnarok, in the volcanic biome of Genesis, and in The Trench from the Extinction DLC.

This is the Megalania in ARK: Survival Evolved

Appearance: The Megalania looks like a common but large monitor lizard and is a direct ancestor of the Komodo dragon that survives today.

Wild: The Megalania is territorial and will not be aggressive until you invade its territory. If you get too close, he will attack you, which can result in him poisoning you and giving you damage over time.

Domesticated: A tamed Megalania has the special feature that when you ride it, you can run up the walls of caves or cliffs. In addition, neither you nor he will take any damage if you jump down the wall or fall. How to tame the Megalania in ARK

How to hunt a Megalania: Megalania is relatively quick on their feet, so you should use a bola or bear trap to snare them first. Once you’ve done that, shoot him with tranquilizer darts until he’s unconscious.

How to tame him: Once he’s unconscious, it’s best to put the kibble or meat in his inventory and feed him that. To keep the Megalania down and the Stun value up, it’s best to use the Narcotic or Narcoberries

How to feed a Megalania in ARK

Once you have tamed your Megalania, it is important to know what it likes to eat. Megalanias are carnivores, which of course makes the choice of food easier.

How to breed the Megalania in ARK

The mating interval of a Megalanias is between 18 and 48 hours. How to Hatch Eggs: If you have obtained a fertilized Megalania egg from a successful mating, hatching begins. For this, the ambient temperature of the egg should be between 29 °C and 35 °C and in the egg incubator at 32 °C. According to standard settings, the little Megalania baby hatches after about 2 hours. After that, it takes about 4 hours of your attention, during which you keep putting food in its inventory.