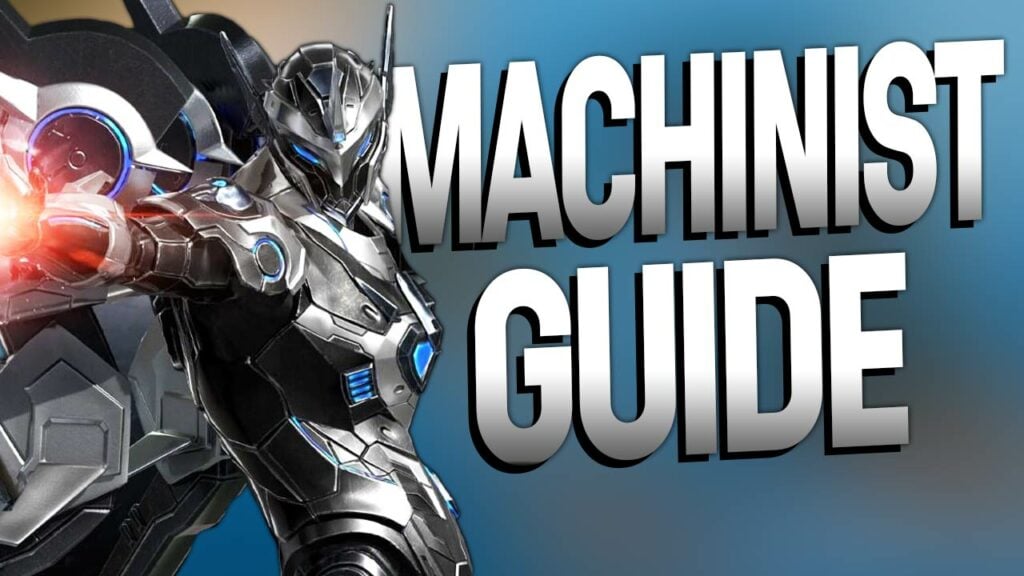 The MMORPG Lost Ark offers countless classes and specializations. One of these is the mage, with her specializations of marksman, marksman, artilleryman, sniper, and, more recently, machinist. This guide is about the machinist, where we explain everything you need to know about the new class from Lost Ark.

Class Overview, Role & Identity of the Machinist in Lost Ark

This is the Machinist: The Machinist is a long-range fighter who unleashes machine guns, lasers, and drones on his enemies. To do this, he uses a high-tech arsenal of weapons and, thanks to his suit, can transform himself into a kind of Ironman. The Machinist plays squishy like the Marksman, but thanks to its drones, this class is quite defensive and also suitable for beginners.

How to play the class: Similar to the marksman, the machinist needs to get quite close to his opponents to reach his full potential. However, because he is similarly vulnerable, his performance in combat is always heavily dependent on his positioning. Therefore, if you want to play Machinist effectively, here are some things to keep in mind:

What can the identity of the class? The identity of the machinist is what is known as hypersynchronization. Activating this ability puts the Machinist in a special combat suit that allows him to hover over the ground and unleash powerful laser and missile attacks.

The Machinist’s identity is a bit similar to that of the Artilleryman, but makes him more agile and gives you the following bonuses:

Pros and Cons of the Machinist in Lost Ark

The right skill for the machinist (Scouter)

In Lost Ark, the first 50 levels hardly determine your later final build. In general, you can reset your skills at any time for free and redistribute the skill points. You can mix and match your skills however you like. Until you have all the points, you can experiment with your build until the bard comes.

However, there is a clear tendency that most players resort to and which we also recommend. These builds follow the Machinist’s two class engravings. In order to really take off in the endgame content of Lost Ark, you should focus on the following skills and tripods, i.e. the skill extensions, in the skill progression:

Legacy/Ironman Build for the Machinist

This build is all about the Machinist’s Combat Suit. Your goal should therefore be to build up the required hypersync energy as quickly as possible. You do this by using drone and fusion abilities. The following rotation is recommended:

Once you’ve charged up your identity ability and can step into your combat suit, focus on the following attacks:

As an armor set, we recommend the Hallucination set. The latter improves your critical hit damage, which you can put to good use as a damage dealer.

Unlike the legacy build, the Machinist’s Arthetine Technology build focuses on the human form of the gunner without battle suit. If you use this build, then use the following rotation:

To be able to play this build optimally, you have to cleverly combine your drone skills and normal skills and exploit synergies. Note the following tips:

The best set for the Arthetine Technology Machinist is the Dominion set, which reduces your cooldowns and increases skill damage.

The best engravings for the Scouter Machinist in Lost Ark

What are the engravings? Once your character has reached level 50, you can use the important bonuses and buffs. Engravings provide you with bonuses and buffs to skills or character stats. It is significant to note that not every class can have every engraving. You can apply normal engraves to your current and secondary characters. Then of course only when they have reached level 50. We also have a detailed guide that looks at the engravings in detail.

Each class in Lost Ark has two class-specific engravings in addition to the traditional engravings. For the mechanist these are:

When choosing your class-specific engraving, you need to decide which build you want to play. Legacy Engraving is good for the Iron Man build, Arthetine Technology is good for the Humanoid build.

The best engravings for Order of the Emperor

The best engravings for Empress’s Grace

These are machinist awakening abilities in Lost Ark

Both awakening skills have their merits in combat: Airstrike lets you quickly recharge your Identity skill batteries, while Command: Final Blast deals a lot of damage. Use the latter ability when you need little or no energy to charge your identity.

We hope our Machinist guide for Lost Ark can give you the clarity you require about this complex feature. Would you like to join our community and discuss Lost Ark? Then join our Discord server or visit us on Facebook, we look forward to seeing you!