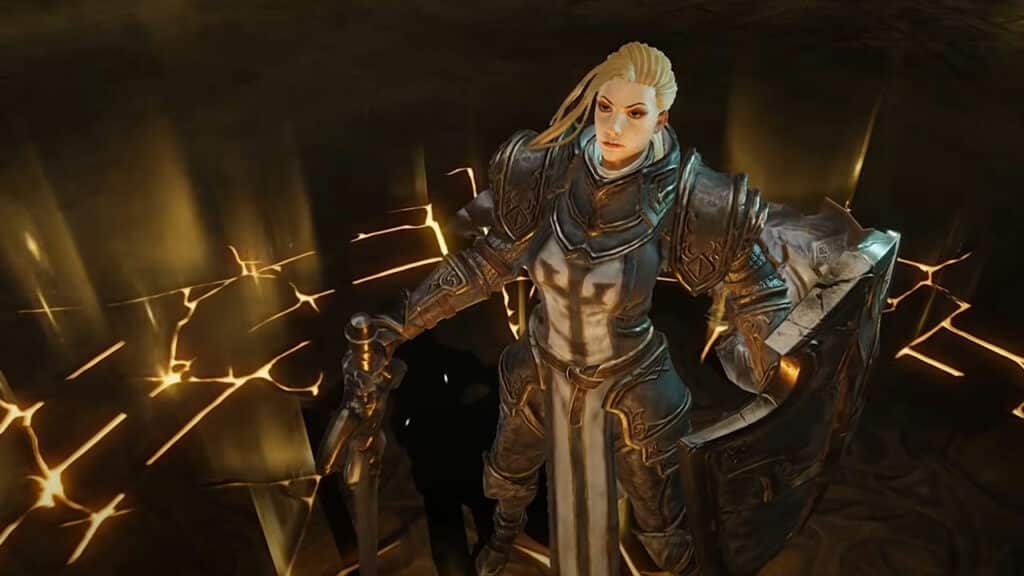 You want to play a Crusader in Diablo Immortal and don’t know what to skill? Then we have the Steed and Slaughter build for you here, which is suitable for leveling as a solo build, but also remains suitable for solo fans later in the endgame.

This is the Crusader in Diablo Immortal: Crusaders rely on their holy might as well as their noble warhorse to cut down large waves of enemies in direct melee combat. In doing so, you’ll focus on massive AoE damage and support your party with helpful buffs that increase their critical hit chance.

General advantages and disadvantages of the Crusader

What you should pay attention to when leveling

When leveling a Crusader, be sure to keep the following points in mind:

The Steed and Slaughter build for Crusaders in Diablo Immortal

The Steed-and-Slaughter build makes the Crusader in Diablo Immortal a holy warrior who deals damage almost exclusively on the move and to a large extent from the back of his warhorse. In doing so, you virtually run through large numbers of enemies to knock down as large a group as possible as quickly and effectively as possible.

If you want to get the most out of your Crusader in Diablo Immortal, you’ll need the following items:

Then get as many pieces from the Set “Grace of the Flagellant” as possible:

The sets each consist of the amulet, 2 rings, gloves, belt and shoes. You can find them in the following dungeons:

To begin, you can equip yourself with the following Gems in the Steed and Slaughter build of the Crusader:

Because the Draw and Quarter skill is at the heart of your playstyle as the Crusader, you must completely align your other skills and playstyle with it. Accordingly, start your rotation with Consecration and then switch to Draw and Quarter. Abilities like Consecration and Spinning Shield, which move with you, should always be cast before you mount your steed. Spinning Shield is best used against particularly large waves of enemies.

When all of your abilities need to die down, use your primary attack Punish as a gap filler. Falling Sword is used when you’ve already used Draw and Quarter and you need to move quickly. Also, like Punish, you can use the skill against single targets (bosses).

If you want to know more about the Crusader in Diablo Immortal and his skills, we recommend this video by echohack: