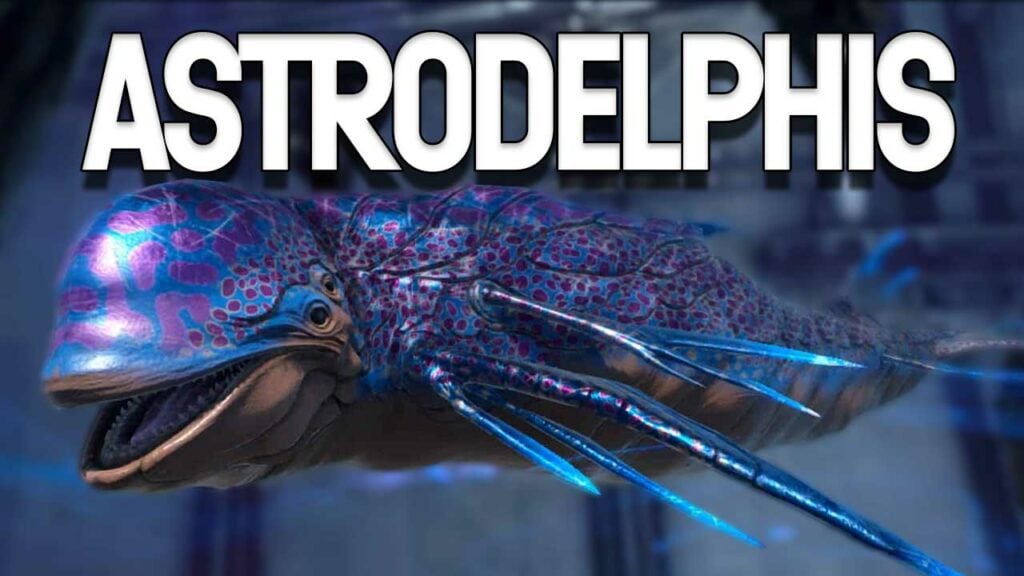 ARK: Survival Evolved: Astrodelphis – How to Tame, Feed and Breed!

The Astrodelphis came with the DLC Genesis: Part 2 to ARK: Survival Evolved and can only be found there in the Void. Untamed, i.e. in the wild, the Astrodelphis is relatively harmless, but can deal some damage, especially via ranged attacks, with the help of her saddle.

Find out everything you need to know about the space dolphin in our Astrodelphis guide. But also how to catch him, tame him, feed him and breed offspring too.

This is the Astrodelphis in ARK: Survival Evolved

Appearance: The Astrodelphis is a space dolphin that’s a little merged with an orca. He has the typical features of a dolphin we know. In addition, the Astrodelphis has several fins that make it look majestic when flying or swimming, and a total of two pairs of eyes.

Wild: Similar to the Ichthyosaurus, the Astrodelphis is very inquisitive and will swim towards you to examine you. However, he will attack you with full force should you attack or provoke him.

Domesticated: You can use the Astrodelphis in space and underwater as a mount. If you have his saddle, he is even faster and has a turret. With grenades in his inventory, you can throw them. Thus, it is also suitable as a fighting animal when it comes to ranged attacks. How to tame the Astrodelphis in ARK

The Astrodelphis is passively tamed by feeding it Element. To do this, place the item in your inventory slot on the far right and wait for the curious space dolphin to come towards you, similar to the ichthyosaurus. As soon as the “Feed element to tame” command lights up, you can execute it.

You may have to repeat this procedure more often, depending on the level of the copy you want. It can happen that the Astrodelphis swims away and only comes back later. For this reason, you should have a mount with you that is able to catch up with you.

Basically, you should be careful that neither you nor the Astrodelphis are attacked by predators while taming.

How to make the Astrodelphis Saddle

To craft the Astrodelphis Saddle, you need to be level 120 and 60 Engram Points to unlock the recipe. You now need the following resources to craft:

You can get the saddle sooner through the quest with the Astrodelphis or through supply crates.

How to feed an Astrodelphis in ARK

Once you have tamed your Astrodelphis, it is important to know what it likes to eat. Astrodelphis are carnivores, which of course makes the choice of food easier.

How to breed the Astrodelphis in ARK

The breeding interval of an Astrodelphis is 18 to 48 hours.

After successful mating, if you play on default settings, the female Astrodelphis will be pregnant for about 8 hours. After these 8 hours, you can welcome the little Astrodelphis baby into the world. As a baby, it takes up another 5.5 hours of your attention, during which you have to keep putting food in its inventory. Pay attention to the embossing intervals every 8 hours to tickle the greatest potential out of the baby.