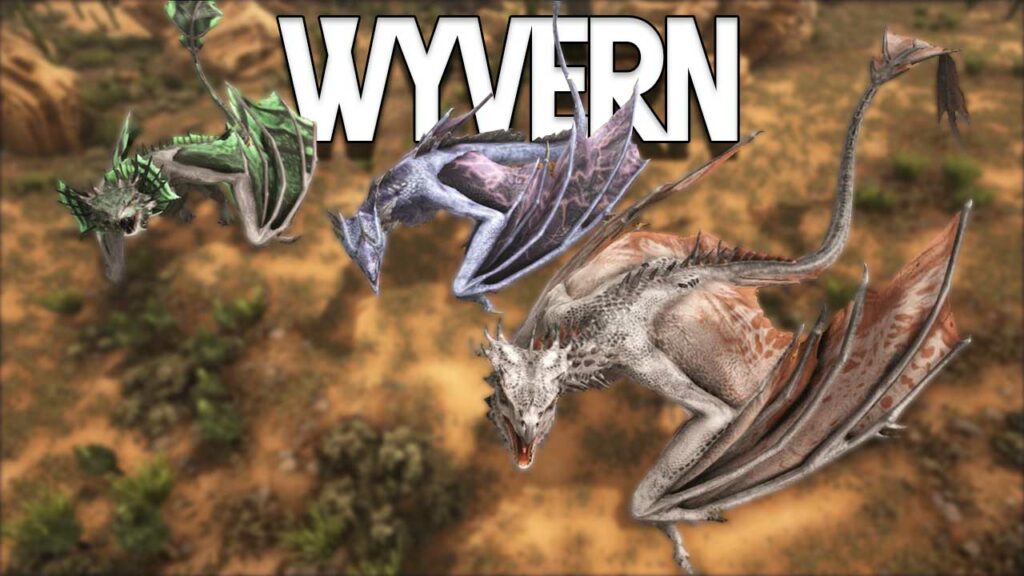 Our Basic Wyvern Guide about the dragons from ARK: Survival Evolved, will teach you everything you need to know about the Ice, Fire, Poison, and Lightning Wyvern, but also how to tame them, feed them, and how to breed offsprings.

Meanwhile, there are several types of wyverns that you can find in ARK or receive as a reward from boss battles. For our Basic Wyvern Guide, we picked the Ice Wyvern, Fire Wyvern, Poison Wyvern, and Lightning Wyvern.

These are the Wyvern in ARK

Appearance: Wyverns look like dragons and have specific hues and characteristics depending on what species they are.

Wild: You shouldn’t get too close to Wyvern, as they are very aggressive and will attack anything within their sight. Their belligerence is large enough, that they will follow you over long distances and only give up if you are too quickly too far away.

Domesticated: If you succeed in taming and can call a wyvern your own, then you have a strong flying and fighting animal that will stand by your side in battles. Furthermore, each type has its own attacks and strengths. How to tame Wyverns in ARK

Firstly: Adult wyverns cannot be tamed. Like the Deinonychus, in order to get a Wyvern, you have to steal the egg and hatch it. This is very dangerous because all the Wyverns in your area will start aggroing you as soon as you hold the egg in your hands – although they are generally aggressive and want to kill you right away seeing you. If you don’t have a problem with that, you can fight the wyvern or try to escape.

If you prefer a safe option to steal the Wyvern Egg, we have a simple solution for you that won’t make the wyvern aggressive towards you while stealing eggs. If you fly into one afterward, and it wants to process you into mush, it’s not our fault!

The egg-stealing rescue is the Oviraptor. If you don’t have one yet, click on the link and catch one quickly.

Take the Oviraptor with you, or use a Cryopod to transport it to the egg, where you release it. Let him follow you and run through the egg, which he will pick up. Once the Oviraptor has picked up the egg, you can put it in your inventory without having to worry about an aggroing Wyvern. And that’s how you get your wyvern egg.

How to hatch stolen eggs and how to breed Wyvern

How to prepare to breed: If you have a male and female specimen, at best you build an enclosure that is large enough. Place both dinos in the exhibit and set them to roam via the command menu. Alternatively, you can also switch directly to “Pair”, but then there must always be a player nearby, otherwise the pairing will stop due to the rendering.

The breeding interval for a Wyvern is 18 to 48 hours.

How to Hatch Eggs: When you get a fertilized Wyvern egg after a successful mating, the hatching will begin. For hatching, the ambient temperature of the egg should be between 80 °C and 90 °C, and within the Egg-Incubator at 86 °C. According to standard settings, the little Wyvern baby hatches after about 5 hours. Thereafter, the baby needs about 9 hours of your attention, during which you have to keep putting Wyvern Milk in its inventory.

Once it gains juvenile status, it is able to feed itself from troughs. The entire maturing time takes about 3 days and 20.5 hours.

How to get the Wyvern Milk: Wyvern Milk is obtained from the inventory of an unconscious female wyvern. From an alpha specimen, you’ll be able to get more milk.

Although they only eat Wyvern Milk as babies, Wyverns become normal carnivores once they are an adult, allowing you to please them with the normal “meat menu”:

These are the Wyvern species

Appearance: You can find Fire Wyvern in auburn, red, orange, orange-brown, brown, or even black colors. Some specimens also have a gold wing membrane. Fire Wyverns have a small horn on their nose, a few horns directly over their eyes, and a fin-like ossification on their chin

Attack: Fire Wyverns can use their fire breath as an effective attack that also provides additional time damage by burning the target. Fire Breath is able to hit a large area, but it is not useful for a precise target. Appearance: Ice Wyvern can be found in white, blue, green, black, or gray colors. Their wing membrane is either the same color as the body or just its highlight color. Her dragon-like head is covered in many ice spikes that start growing just behind the nose. The body of the Ice Wyvern is also decorated with these ice spikes.

Attack: By using their Ice Breath, Ice Wyverns are able to freeze their nearby enemies for a short time, which not only damages the target but is also slowing them down significantly. This is particularly modest since you are frozen or slowed down, which makes you defenseless against further attacks. As an attacker, these effects are quite practical. Like Fire Breath, Ice Breath is an area attack, making it difficult to dodge. Appearance: Lightning Wyverns are mainly found in shades of blue and purple. Their wing membrane is either gray or black with bright lightning-like stripes, or just completely white. The face is not decorated with spikes, but has three small pairs of fins in the color of the wing membrane, on the side behind the eyes, and one fin in the middle of its head.

Attack: Lightning Wyverns have a precise distance attack using their Lightning Breath that also does good damage to the target. However, you should not dismount from your Wyvern while attacking, because this can also kill you easily.

Appearance: Poison Wyvern can be found in shades of green, black, purple, or green-grey, and possibly with black or purple highlights. Like the Titanoboa or the Dilophosaur, they have ruffles behind their face that can stand up and have several spikes growing in front of it. In addition to their similarity to the Titanoboa, they also have a snake-like tongue.

Attack: Unlike the Wyverns, we introduced before, the Poison Wyvern can fire a projectile that explodes into a cloud of poisonous gas, which makes it easy to control or “bomb” an area strategically from a greater distance. If the poison projectile explodes too close to its rider, or if they fly through the gas cloud, the rider will take damage unless he is wearing a gas mask. 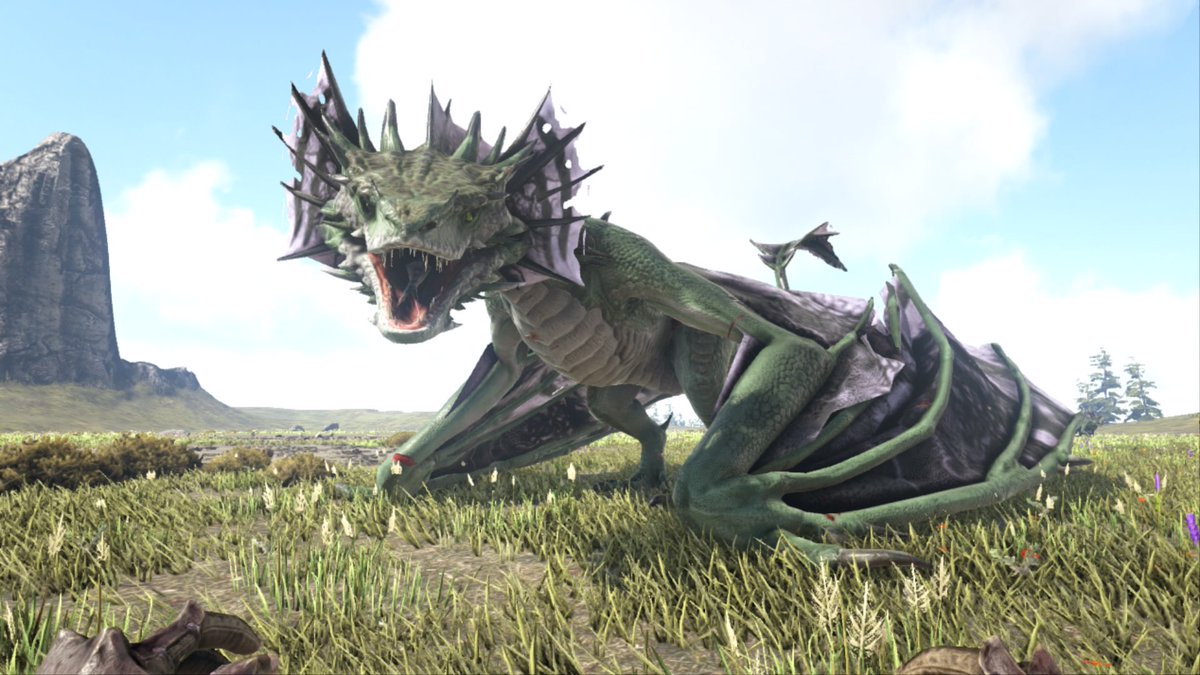 Looking for more helpful guides on ARK: Survival Evolved? Then take a look at our ARK Guide Overview, where you will find more of our dinosaur, crafting, resource, and technology guides. You can also chat with us and other players on our Discord server. We’re looking forward to see you!