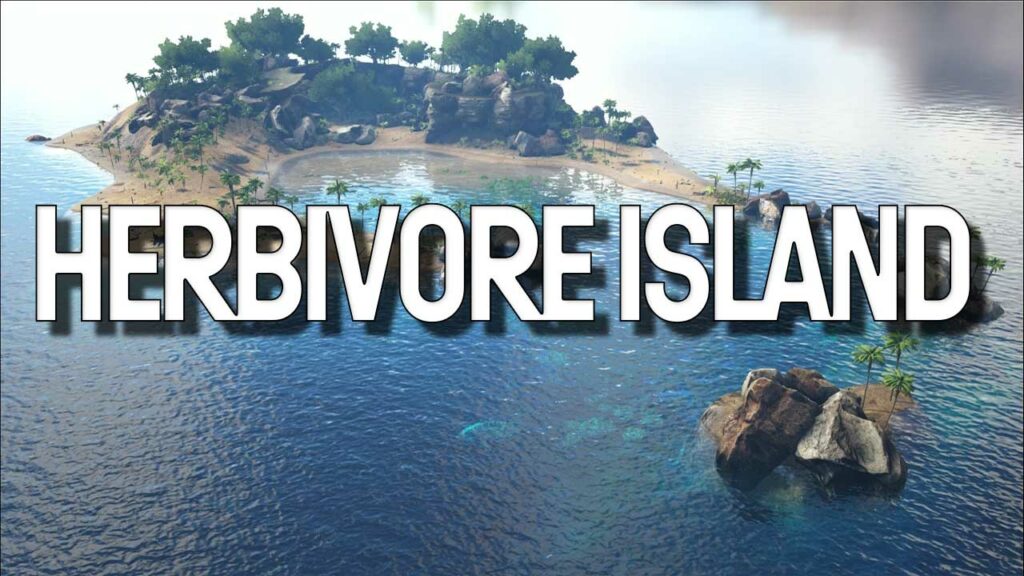 Herbivore Island is an island inhabited only by herbivores in the first ark of ARK: Survival Evolved. It is a good idea for new players to set up a base here, as the danger of being attacked by wild predators is almost 0. You can also farm a lot of resources there and tame a few creatures if necessary. The island is also useful for some quests.

In our guide to Herbivore Island, also known as Wilderness or South Haven, we show you everything about the island of herbivores. We have prepared the following topics for you:

Where do you find Herbivore Island in ARK, and how do you get there?

Herbivore Island is the small island south of the Southern Islands and Southeastern Shores in the first ark “The Island”. You can swim or raft across to get there. If you have more than 120 movement speed, it will take you about 40 seconds to swim to the island, however, there are some creatures in the water that may attack you

So it’s safer with the raft, which you can unlock from level 16 with 11 engram points. For the production of the wooden raft, you need the following materials:

You craft the raft directly in your inventory. By crafting the raft, you also unlock the motorboat, which you can then use to get to and from the island even faster.

Of course, if you have already tamed a creature that can swim, you can swim to the island with it.

Tip: Don’t use the Ichthyosaurus to get to the island as Mantas and Megalodons would attack it directly, and it doesn’t have enough health. Better use a tank like the Basilosaurus. The island also offers a lot visually for you. It has an inviting bay bordered by a sandy beach decorated with rocks and plants. The bay is deep enough for a harbor or a couple of enclosures for tamed aquatic creatures. The land on the bay is flat and therefore ideal for building a base or base. The island has a hill covered with metal-rich rocks. There’s also a cliff or two that you’d better not build too close to, or it will cost you your metal stash. What creatures and dinosaurs await you?

Herbivore Island, as the name suggests, is an island inhabited by herbivores or peaceful creatures. But which dinosaurs await you there, and how often will you meet them?

What resources are there on Herbivore Island in ARK?

The natural island is also full of resources that you can use to build and tame or feed creatures. You can find here: 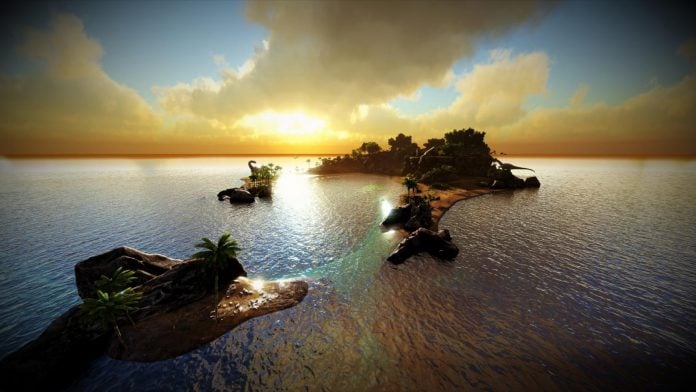 So, what are you waiting for? Visit Herbivore Island and establish your safe base in ARK: Survival Evolved!