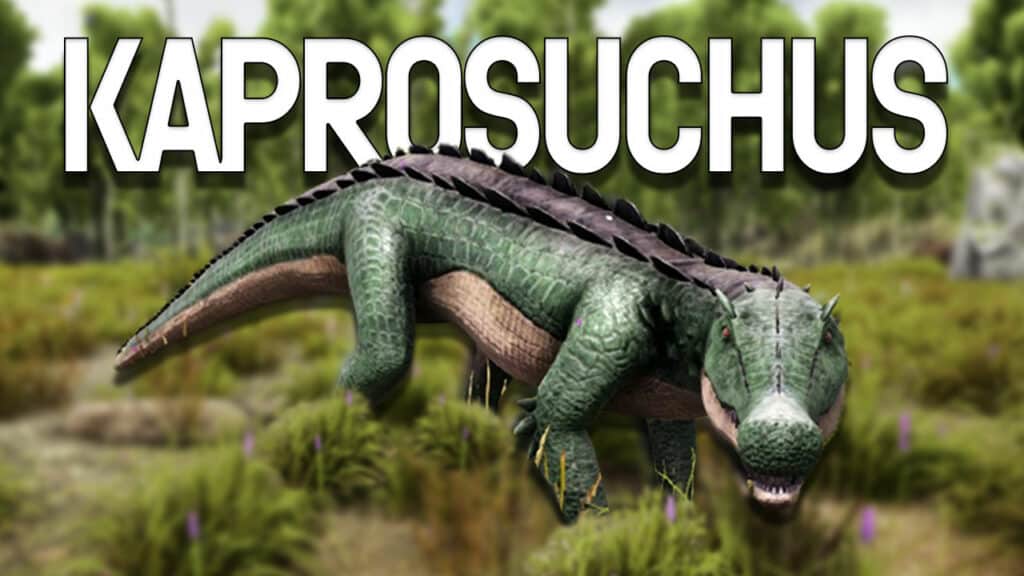 ARK: Survival Evolved: Kaprosuchus – How to Tame, Feed and Breed!

The Kaprosuchus in ARK: Survival Evolved is a type of crocodile with long legs that help it run quite quickly on land as well. In the water, however, the Kaprosuchus is even faster. Even if it can’t carry much weight, it offers itself as a suitable land and water mount.

In our guide to the Kaprosuchus, you will find out everything you need to know about the primeval crocodile with long legs. But also how to catch him, tame him, feed him, and breed offspring too.

This is the Kaprosuchus in ARK: Survival Evolved

Appearance: The Kaprosuchus resembles the Sarcosaurus, but is much smaller than its larger relative. Although both are crocodile-like, the Kaprosuchus possesses longer legs that allow it to run faster on land. Its hind legs are longer than its front legs, which also makes its gait special. The Kaprosuchus has two long teeth on the lower jaw, which perfectly complement the rest of its lurid teeth.

Wild: Most Kapros searches can be found in swampy regions or near water. You can expect the following attacks:

When attacking, the Kaprosuchus specifically attacks the areas that drastically reduce your stamina. Once he’s pulled you underwater, he’ll try to smother you with multiple death rolls.

Domesticated: Once you have tamed the Kaprosuchus, it is a mount that travels relatively quickly on land and even faster in the water, but only if you don’t carry too many items with you, since it cannot carry a lot of weight.

It is, therefore, more suitable as a companion animal in swamp or water areas, or for farming raw meat and leather. How to tame the Kaprosuchus in ARK

How to hunt the Kaprosuchus: The best way to safely tame the Kaprosuchus is to stand on a high rock, cliff, or large tamed dinosaur. If the saurian or rock you’re standing on is too small, the Kaprosuchus will grab you, drag you into the water, and spin you underwater in a death roll, its attack alone draining your stamina.

Once you are at a safe height, shoot tranquilizer darts at him until he is KO’d.

How to tame him: Once he’s unconscious, put meat or kibble in his inventory and feed him that. The better the meat, the faster the taming. To keep the Kaprosuchus down and the Stun value up, use Narcotic or Narcoberries.

How to craft the Kaprosuchus Saddle

To craft the Kaprosuchus you need to be level 39 and 28 engram points to unlock the recipe. You now need the following resources to craft:

How to feed a Kaprosuchus in ARK

Once you have tamed your Kaprosuchus, it is important to know what it likes to eat. Kaprosuchus belong to the carnivores, which of course makes the choice of food easier.

How to breed the Kaprosuchus in ARK

The breeding interval of a Kaprosuchus is 18 to 48 hours. 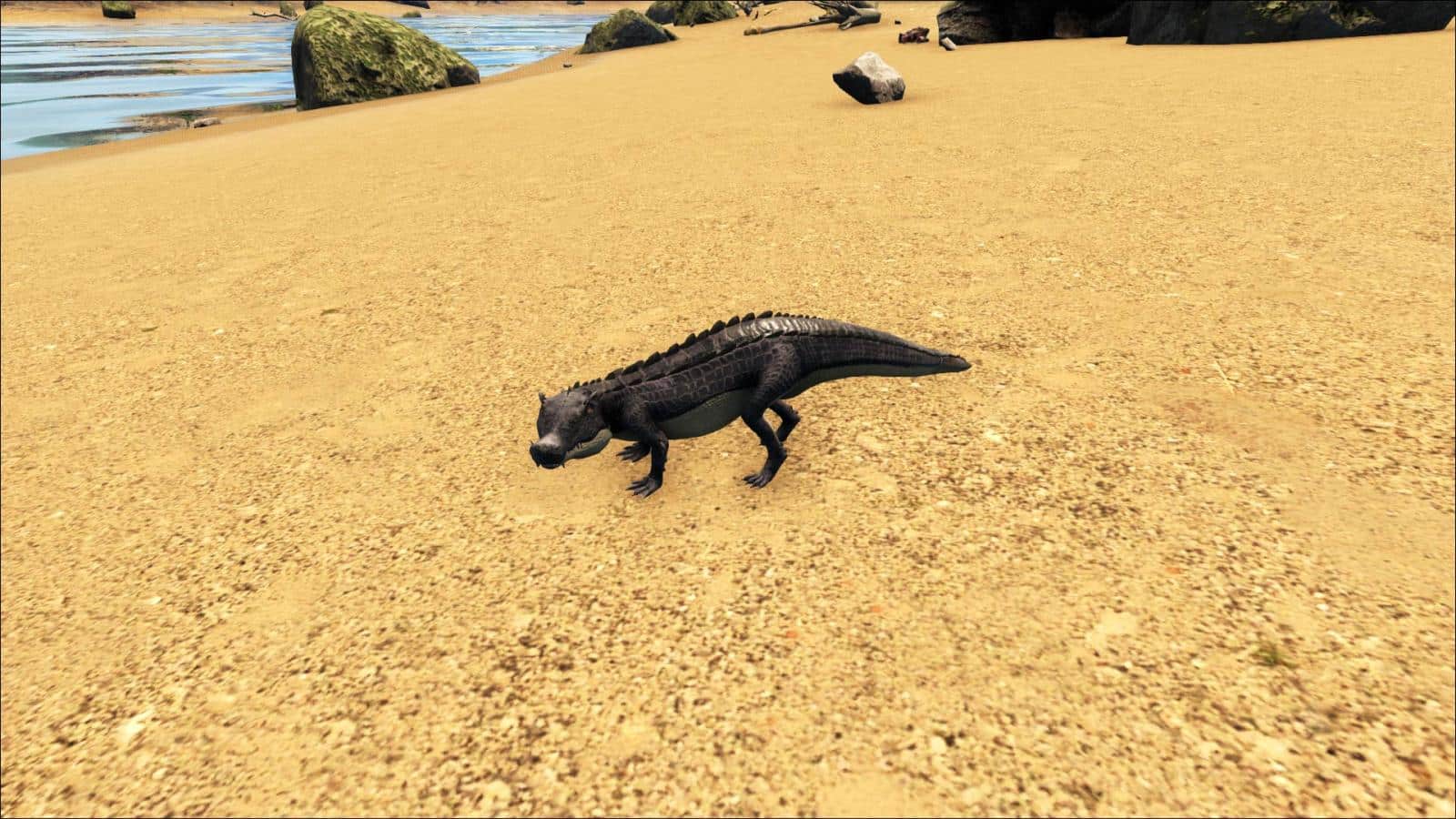 How to Hatch Eggs: If you get a fertilized Kaprosuchus Egg from a successful mating, hatching begins. For this, the ambient temperature of the egg should be between 29 °C and 35 °C. According to standard settings, the small Kaprosuchus baby hatches after about 2 hours. After that, it takes about 4 hours of your attention, during which you keep putting food in its inventory.

Once it gains juvenile status, it can feed from troughs on its own. The total maturation time is about 1 day and 13 hours.