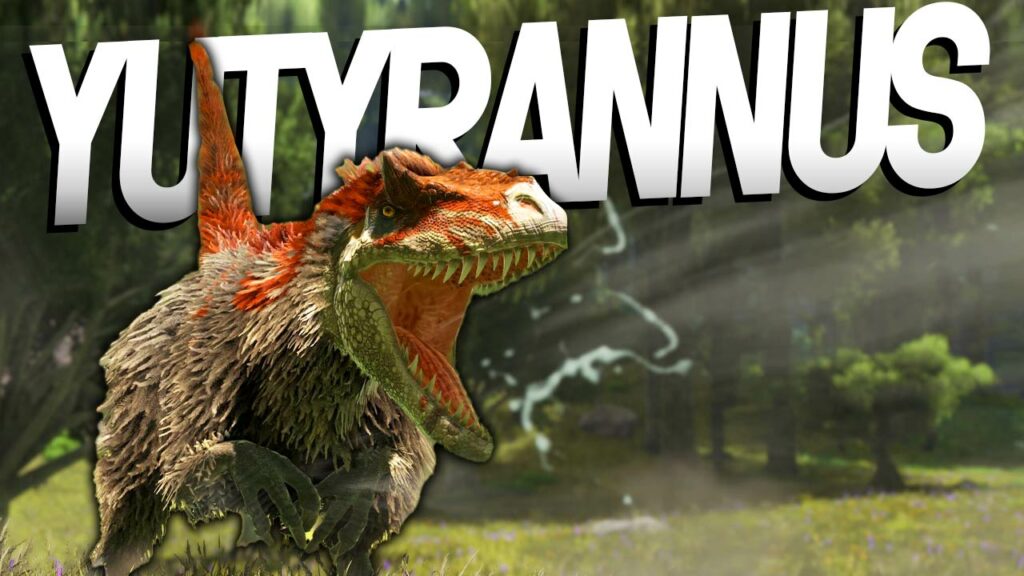 ARK: Survival Evolved: Yutyrannus – How to Tame, Feed and Breed!

The Yutyrannus in ARK: Survival Evolved, when tamed, is a useful addition to any player’s combat team, as its roar strengthens your team’s resolve while filling your opponents’ creatures with fear.

In our guide to the Yutyrannus you’ll learn everything you need to know about the carnivore. But also how to capture it, tame it, feed it and also breed offspring.

This is the Yutyrannus in ARK: Survival Evolved

Appearance: The Yutyrannus resembles its relative, the T-Rex, in terms of its physique. Unlike the T-Rex, the body of the Yutyrannus is covered with feathers. It also has a crest that extends from its tail to its back. Above its eyes, the Yutyrannus has two small horns. Its arms, which end in three sharp claws, are longer than those of the T-Rex.

Wild: If you encounter a Yutyrannus, you can be sure that it is not alone. This is because the Yutyrannus hunts in packs, not with other Yutyrannus, but with Carnotaurs. Even though the aggressive carnivore will hunt almost anything, it would never attack its pack.

Tamed: Once you have tamed a Yutyrannus, you can use it as a mount or in battle. Its roar can cause panic in enemy creatures while strengthening the resolve of your allies. Add to that his power and strength, and you have a valuable member of your fighting force. How to tame the Yutyrannus in ARK

If the Yutyrannus flees, you can follow it on a faster creature and shoot the last arrows at it. While doing so, watch out for the Carnotaurs that accompany the Yutyrannus. In the best case, you can eliminate them from the Brontosaurus back.

The safest way is to build a trap for him like the T-Rex or the Giganotosaurus, using three dino stone or metal arches. Set up the gates in a square shape and place one or two bear traps in the middle. Make sure you always leave a little space between the gates. As with the T-Rex, set the gates and close all but the two you enter and escape through.

Depending on what you have decided, you now lure the Yutyrannus and, if necessary, also the Carnotaurs into the trap. To do this, you provoke him or her to follow you. It is important that you have a faster mount or a very high movement speed so that you can escape. If he or she follows you, run through the open gates of your construction – but don’t step into the bear trap(s) yourself.

Once the Yutyrannus is stuck in the bear trap, close the two open gates and shoot him with stun arrows until he is knocked out. You can do this conveniently through the gaps you left between the gates. Depending on the level of the Yutyrannus, this may take some time and resources.

Here’s how to tame him: once he’s unconscious, put meat or Kibble in his inventory and feed it to him. The better the meat, the faster the taming. To keep the Yutyrannus down and the stunning value up, it’s best to use the anesthetic.

In this tutorial by NicoDerProfi, another type of trap is used:

How to make the Yutyrannus Saddle

To craft the Yutyrannus Saddle, you need level 80 and 50 engram points to unlock the recipe. Now you need the following resources to craft it:

How to feed a Yutyrannus in ARK

Once you have tamed your Yutyrannus, it is important to know what it likes to eat. Yutyrannus are carnivores, which makes the choice of food easier.

How to breed the Yutyrannus in ARK

This is how you prepare the breeding: If you have a male and female specimen, build an enclosure large enough. Place both dinos in the enclosure and set them to “Wander” via the command menu. Alternatively, you can set them directly to “Mating”, but then a player must always be in the vicinity, otherwise the mating will stop due to the rendering.

The breeding interval of a Yutyrannus is 18 to 48 hours 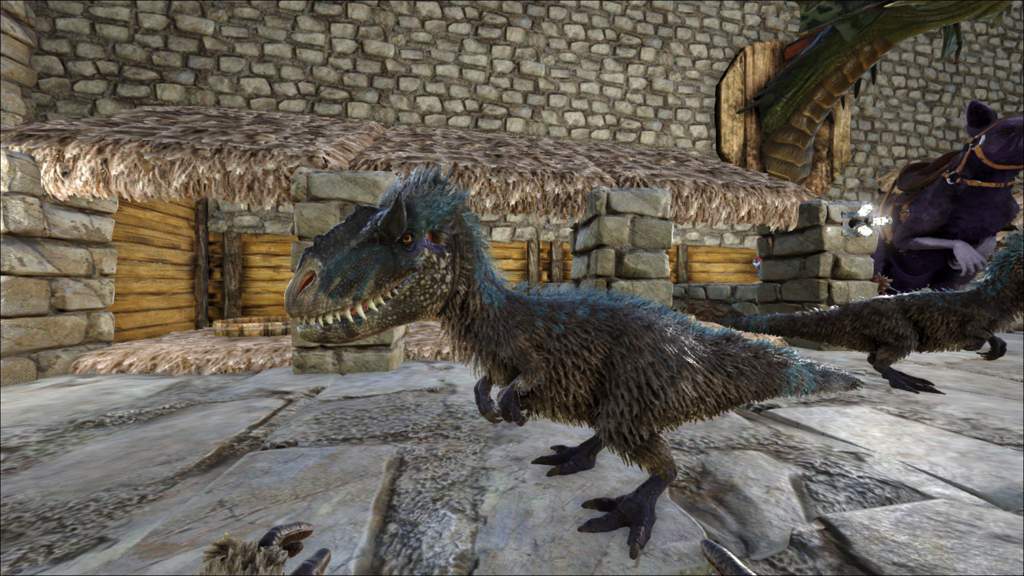 How to hatch eggs: Once you have received a fertilized Yutyrannus egg from a successful mating, incubation begins. For this, the ambient temperature of the egg should be between 32 °C and 34 °C. According to standard settings, the little Yutyrannus baby hatches after about 5 hours. After that, it will need about 18.5 hours of your attention, during which you will have to keep adding meat to its inventory.

Once it reaches adolescent status, it can eat from troughs on its own. The entire maturation period takes about 7 days and 17 hours.