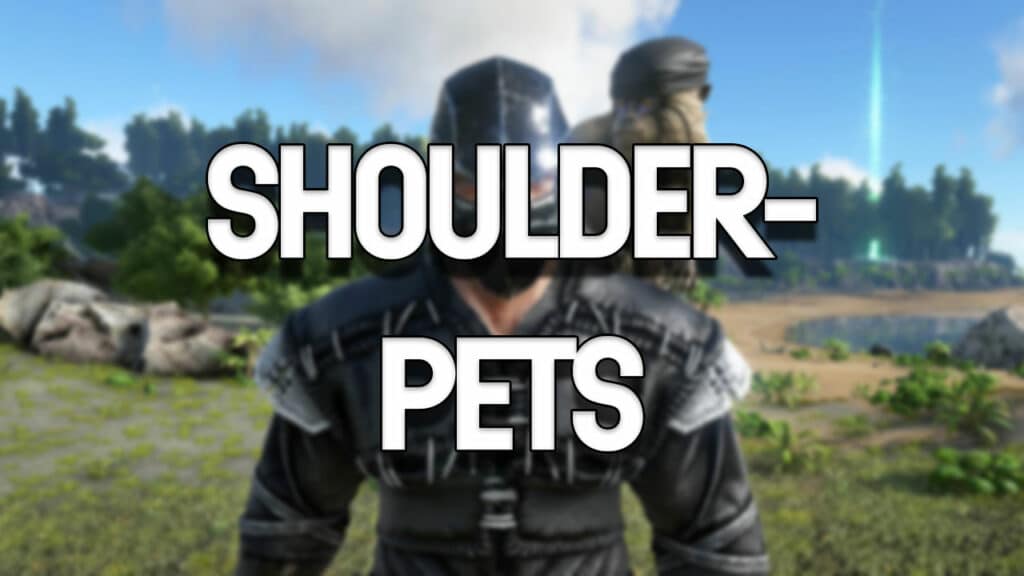 The survival game ARK Survival Evolved is home to a lot of useful creatures, even such small ones that you can carry on your shoulder. These shoulder pets all have their own advantages, which we summarize for you in this guide.

For all animals below, we linked the taming guides on how to catch, tame, and breed them.

The four cute little animals came with the Aberration DLC into ARK Survival Evolved. We’ve grouped them because they all have the same abilities but different fonds.

What makes them special: Bulbdog, Featherlight, Glowtail, and Shinehorn, are living flashlights that keep the Nameless away with the help of their light. On the negative side, however, they attract Seekers and Reapers in return. But they can also alert you if enemy players are nearby (very useful in PVP) and also inform you if a maximum-level dino is nearby.

Compys can be found almost everywhere, mostly on the beach or near water. They are small aggressive carnivores that will attack you directly in a pack but are harmless on their own. Because of their speed and agility, it’s hard to hit these little predators in an attack while they’re trying to bite a morsel out of you from all sides.

What makes it special: If you have tamed an entire pack of Compys, they all get a pack- buff. The compy with the highest level takes over as the alpha. So if you have an alpha compy on your shoulder, you can let the others fight for you with a strengthening buff. A Dimorphodon rarely comes alone. It often travels in a group, or pack, of two to five conspecifics. They will attack you in the pack as soon as you attack or provoke one of them. It can also happen that the small pack of Dimorphodons spreads to a swarm. In that case, even the biggest creatures won’t stand a chance.

What makes it special: The Dimorphodon is an excellent attacker, especially in a pack. Since it attacks from above, many other dinos are defenseless against these attacks, so a group of Dimorphodons may bring even a T-Rex down. Despite its small size, if you compare it to other creatures in ARK, the Fjordhawk has managed to survive through its intelligence. Thus, it follows predators and waits until they have killed the prey, then circles above them, waiting for its moment to swoop down and capture an easy meal. In addition, the falcon can predict danger and consequently avoid it, which protects it.

What makes it special: Outside of caves, the Fjordhawk is invulnerable on your shoulder, which is indicated by a shield icon in your status bar. If you have the Fjordhawk on your shoulder and die, this smart little bird will bring your inventory to the spot where you spawn after death. In addition, you can directly see the health status of wild dinos by a colored cross above them. If the cross is white, meaning colorless, the dino didn’t make it. This can help you by stunning a badly wounded dino (red cross) that you want to tame with a weapon that only deals minor damage and will not finish it off. 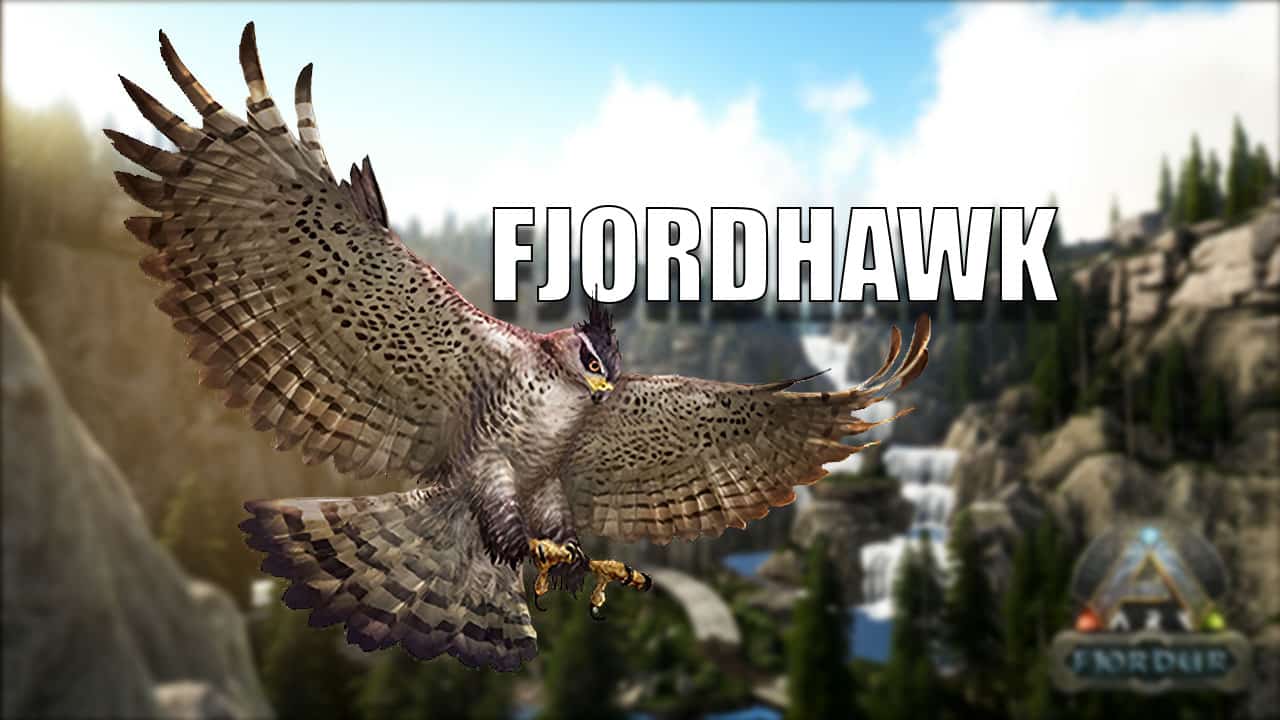 On land, the Hesperornis is not very dangerous because it cannot fly, and its legs are very short, which makes it unable to walk fast. But it is significantly faster in the water, where it’s used to catch its prey as a snack. You can expect it to attack you as soon as you get too close. Normally you’d encounter the Hesperornis floating on the water. Keep vigilant in the area of Hesperornis because they are likely to lay a golden egg or two while hunting.

What makes it special: With a high number of tamed Hesperornis, you can create an egg farm through which you can get the special golden eggs faster, which give you an XP buff, for example, or are used for the production of special Kibble. In the wilds of ARK, it is one of the most annoying creatures you can encounter because the Ichthyornis will attack you when it sees you and steals some items from you. Even if you don’t take any damage, it can always be an important item that gets lost.

The stupid thing about this bird is that it also follows you over long distances when it has chosen you as a target, which usually leads to you finishing it off to have your peace. This, again, is relatively difficult, as it’s nimble in the air all the time. Such attacks are especially annoying as soon as it is dark because the Ichthyornis flies out of the light radius of the torch.

What makes it special: If you have tamed an Ichthyornis, you can let it hunt for you. It will attack smaller targets and finish them off. Afterward, it will bring you the glittering corpse you can plunder. Its ability lets you harvest raw prime meat or raw prime fish meat (from fishes) from animal carcasses, even if they normally don’t provide you with these resources. 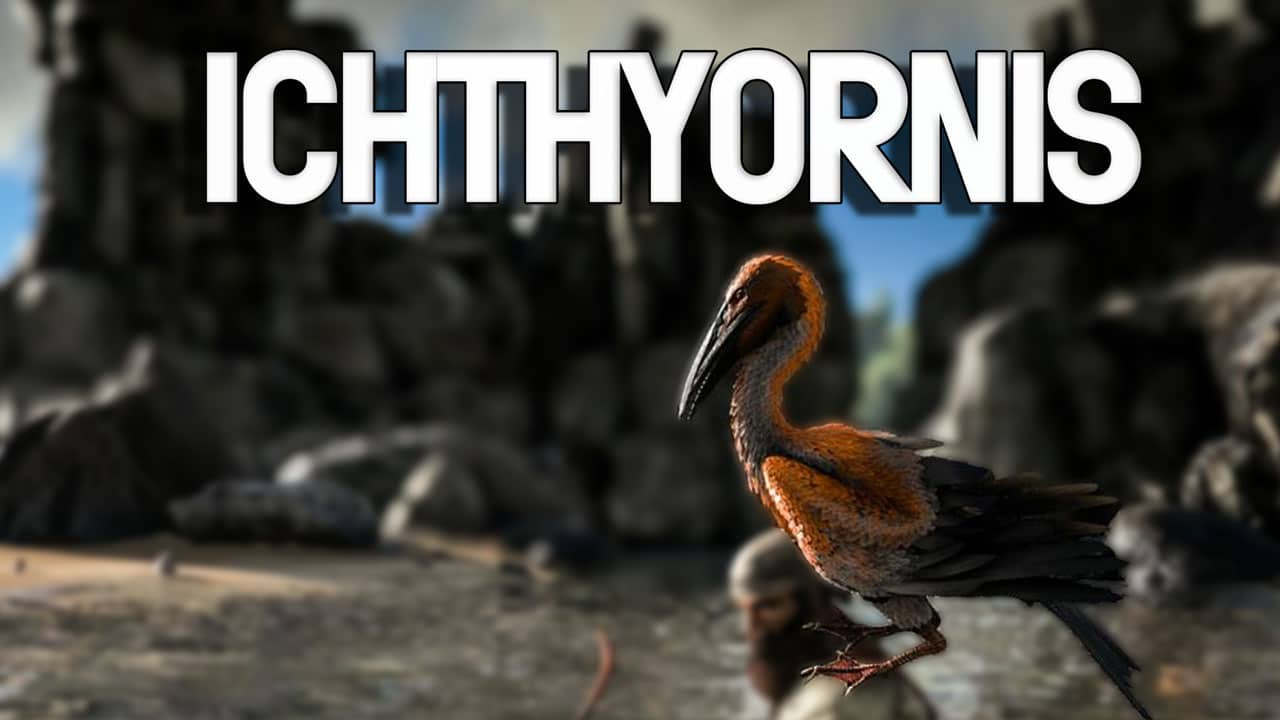 Jerboas are flight animals that will flee at the slightest discomfort, meaning they will not try to attack you should, even if you attacked them first, but they will instinctively flee.

What makes it special: After you have tamed the little Jerboa, it offers other advantages than its cute appearance. For example, it warns you of storms, tempests, or sandstorms so you can seek shelter in time. In addition, everything that the Jerboa has in its inventory will only weigh half while it sits on your shoulder. The small monkeys are friendly herbivores that will not attack you even if you attack them first, instead, they will try to flee. Nevertheless, they are very curious and like to look at new things or creatures.

What makes it special: If the little monkey sits on your shoulder and you get into a fight, it will start to throw droppings, which slow down the opponent after it gets hit with it. In addition, you can throw the Mesopithecus over a wall and open a door of a foreign base (made of thatch or wood) from the inside with a command, which has its advantages, especially in PVP. In a pack, the Microraptor will attack you without hesitation. It will easily take you down on your mount by using its wings. If it is alone, it will attack you to stun you so it can escape.

What makes him special: The Microraptor can glide in the air, after a high jump, with its wings. With the ability to jump high and glide in the air, it is easy for it to get players off their mounts. This is especially interesting in PVP game mode. But also, as a pack, these little beasts should not be underestimated. Noglins jump on their prey, control its brain and use anything they can find in the inventory bar or any attacks a dino offers. This means that if you have weapons in your inventory bar, the Noglin will use them and shoot around as soon as it has taken over your body. It can happen that it also shoots your tamed dinosaurs and teleports them right into the dinosaur heaven.

If you are unlucky, it will hit wild creatures that attack you right after being hit. So be careful while going through the Boros Sector, the wild Noglins habitat.

What makes it special: Have you been able to tame a Noglin, you can keep it as a shoulder mount or pet. You can broadcast your mind to the Noglin, to play as it, which you can use to jump onto other creatures to control them (not all creatures and levels can be controlled). If you stop the transmission between you and the Noglin, while the Noglin is still on the creature’s head, you control that creature for a while.

After the Noglin let the creature go, this creature will lie down to sleep permanently. Otters are peaceful inhabitants of the island, mostly busy looking for food. Many of them are naturally trusting and curious.

What makes it special: Otters are not only cute but can also work hard for you. They harvest fish when you ask them to, or search for silica pearls, which they proudly bring back to you. With a little luck, he may even bring home a black pearl. The Pegomastax is an aggressive herbivore that often tries to steal items from you by surprise. You don’t get any physical damage, but you can lose one or the other important item.

What makes it special: Especially in PVP mode, the Pegomastax shows off what it can do: You can order it to steal items from other players’ inventories. For this, however, you should improve its health and movement speed. Sinomacrops are peaceful creatures as long as you don’t wear armor made of chitin. If you make that mistake, the chitin-loving little flyer will try to kill you and may even succeed. So it is best not to wear chitin in the areas we marked below. If you heed this warning, the little ones will come to you curiously and approach you peacefully.

What makes it special: If the Sinomacrops sits on your shoulder, you can fly or glide through the air with its help, so any falling damage or insurmountable cliff would no longer be a problem. In addition, he can scare annoying smaller creatures like the Dilophosaurus or the Pegomastax with his screaming so that they run away and leave you alone. 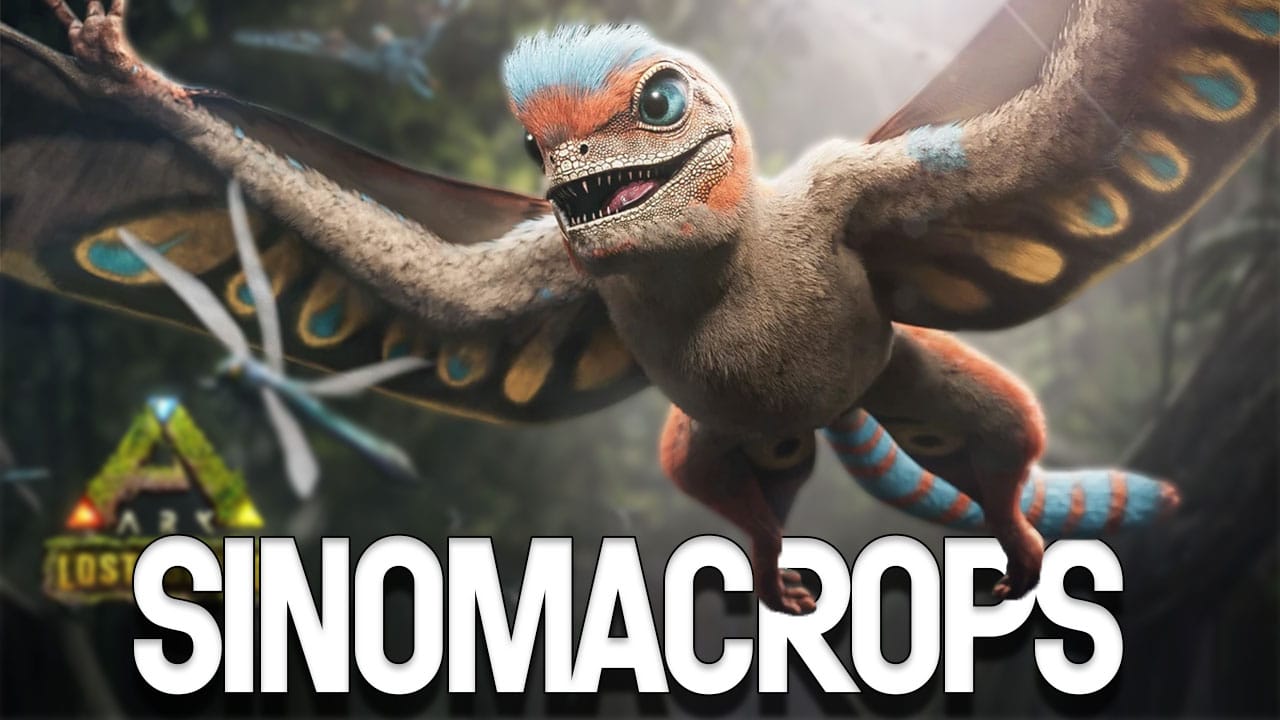 Often, you will encounter one or more Vultures while they are feasting on a creature’s corpse. In this situation, it is not smart to approach them, as they will violently defend their meal. If a Vulture flies or walks by you normally, it will likely leave you alone.

What makes it special: Anything that ends up in a tamed Vulture’s inventory will rot faster than normal, both positive and negative. It is positive if you need rotten meat but negative if you just want to put it in for a bit since you have reached the maximum weight you can carry. If you meet the Ferox in its small form, it will greet you curiously and follow you if you have element dust. If you don’t have any, it will normally move on. However, it can happen that the Ferox, even without being fed with Element, spontaneously transforms into its big form, in which it tries to destroy everything in its environment, even you.

What makes it special: The Ferox, in its small form, is one of the shoulder animals, and it also has a cool feature. With the Ferox on your shoulder, you don’t have to worry about your outside temperatures because it regulates these. That means you don’t have to fear damage from cold or heat.