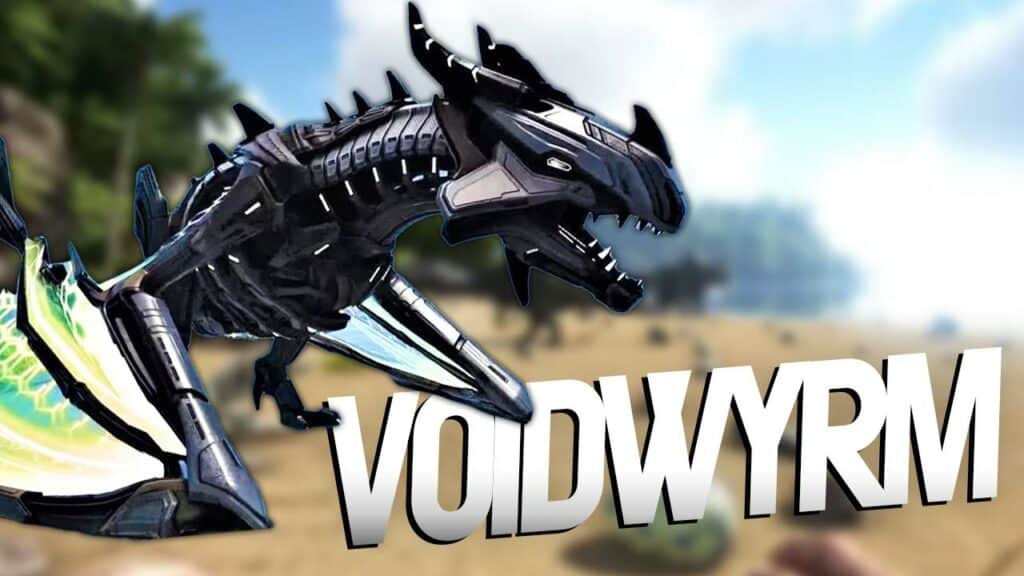 ARK: Survival Evolved: How to Tame, Feed and Breed Voidwyrm

Since Genesis Part 2, there is another form of Wyvern, the so-called Voidwyrm in ARK: Survival Evolved. The Voidwyrm is half machine and half wyvern but doubly dangerous, especially its fighting power is feared, which is why it is an asset to any team.

Find out everything you need to know about the carnivore in our Voidwyrm guide. But also how to catch him, tame him, feed him, and breed offspring too.

This is the Voidwyrm in ARK: Survival Evolved

Appearance: The Voidwyrm is a type of well-known wyvern, which is why it does not have its own dossier. His appearance is very similar to that of other wyverns, as he possesses all the characteristics that other wyverns possess. You can tell the Wyvern and Voidwyrm apart because the Wyrm is built out of “Tech”.

Wild: The wyrm behaves just like the wyvern in the wild, roaming the game world and occasionally plummeting towards the ground in pursuit of prey. If the Voidwyrm sees a player, it will chase them and attempt to attack them with its Electro-Breath. This not only does damage, but also increases daze. If you are exposed to this dangerous attack for too long, you will fall unconscious and fall off your own mount.

Tamed: Once you’ve tamed a Voidwyrm, not only is it one of the best flying mounts, it also does a great job in combat. Since a voidwyrm can carry a relatively large amount of weight and is able to gather wood and straw, it can also be used to farm large quantities of these materials. The aforementioned Electro-Breath is another advantage of a tamed Voidwyrm, with this attack you can not only do a lot of damage, you can also stun enemy riders and dinos. 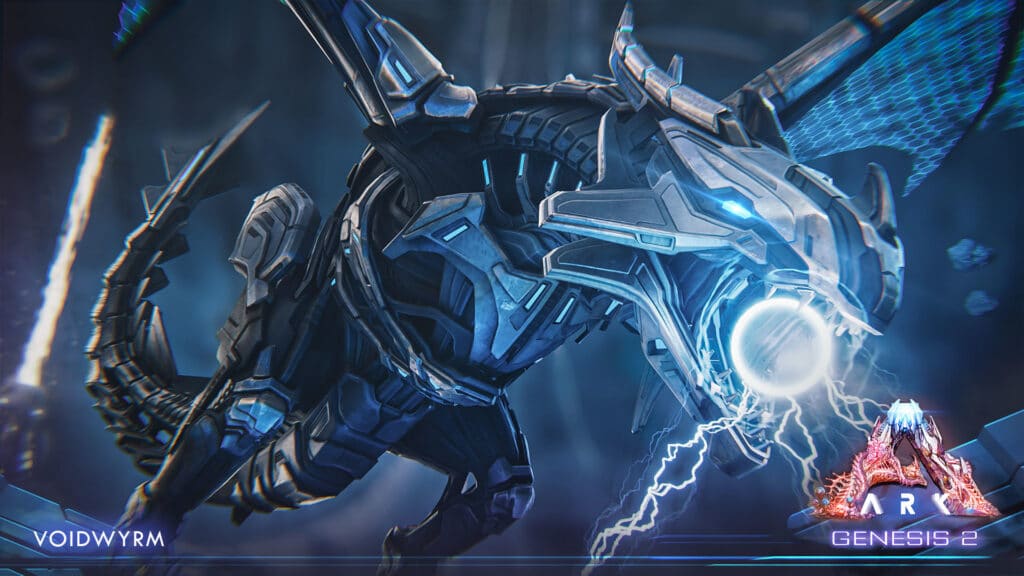 How to tame the Voidwyrm in ARK

The process of taming a Voidwyrm is different from the methods we’ve seen so far. To tame a Voidwyrm, make sure you have enough mutagen and put it in the last slot of your quick bar. You’ll also need a strong flying mount or good ranged weapons because to tame the Voidwyrm you’ll need to damage it. You must keep attacking the Voidwyrm until blue flames appear under its wings, and it freezes in the air. Now you approach him and can ride him in wild form, after that he tries to shake you off. During this time, you have to feed him with the mutagen. The best way to tell the exact moments before he tries to barrel roll you off again is when the “Feed” action becomes available just prior to that.

The safer option: If you want it a little easier, use the Harpoon Launcher and Web Projectiles to catch the Voidwyrm at a good moment. Then you shoot the Voidwyrm with a pump gun. If he breaks free, catch him with another net projectile and keep shooting him until he takes enough damage. After that, you have to wait until he has freed himself from the web, then you can try to tame him.

That’s what the Voidwyrm eats

Once you have tamed your Voidwyrm, it is important to know what it likes to eat. Although the Voidwyrm needs mutagen to be tamed, it is a carnivore, so you can simply feed it meat after taming it.

How to breed the Voidwyrm in ARK

This is how you prepare the breeding: If you have a male and female specimen, you build an enclosure that is large enough at best. Place both voidwyrms in the pen and set them to roam via the command menu. Alternatively, you can also switch directly to “Pair”, but then there must always be a player nearby, otherwise the pairing will stop due to the rendering.

The breeding interval of a Carnotaurus is 18 to 48 hours.

How to Hatch Eggs: If you have obtained a fertilized voidwyrm egg from a successful mating, hatching begins. For this, the ambient temperature of the egg should be between 80 °C and 90 °C. According to standard settings, the little voidwyrm baby hatches after about 5 hours. After that, it takes about 9.5 hours of your attention, during which you keep putting meat in its inventory.

Once it gains juvenile status, it can feed from troughs on its own. The entire ripening period lasts about 3 days and 20 hours.